To quantify the deck of the Clash Royale, you can analyze the visual strength. 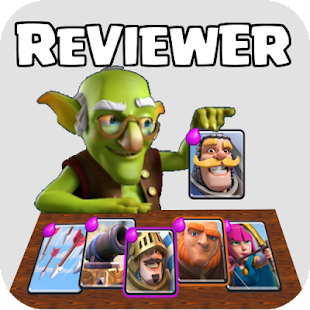 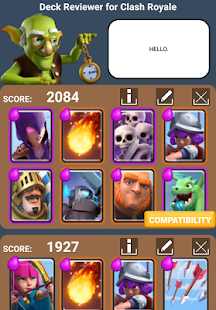 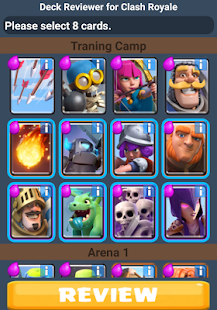 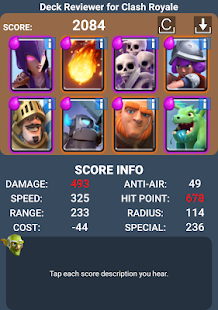 SUYASH 360 April 16, 2017
Helped me to choose a better deck between two of my decks…Thank you very much…I got a huge win streak because of this app…!!

Let’s review the deck the different eyes of a “crash Royale”.

There are eight categories, respectively, damage, anti-aircraft, speed, stamina, range, scope, cost, special to be divided, you can dissect the pride of the deck.

If you find a favorite deck let’s save.
By storing, fix later, you can check.

And the favorite of the deck, let’s review the epidemic of the deck.
By compare to quantify, both of weakness and, good at the type you will see.

What deck Let’s examine whether it is valid for the deck, etc. of the epidemic in the compatibility check mode.

Let’s take a look at the score details of each card.
Numerical value of the score is a number calculated by its own calculation method.
To examine the ability of each card, let’s teamed the best deck.

Find the strongest deck in this app, let’s capture the Clash Royale!

** Disclaimer **
This content is not related to Supercell, also are guaranteed by Supercell, sponsored, rather than those that have been specially approved, does not have any responsibility in the Supercell. Intellectual property rights of Supercell in fan content is subject to the Supercell fan content usage regulations www.supercell.com/fan-content-policy.