Train and raise your digital pets!!!

Can you only get 48 digicoins on the free version? Once I got 48 the videos for the digi gold stopped pulling up. It’s not a problem with Internet connection. It’s okay if 48 is the limit for the free app, but then there shouldn’t be a non VIP option to buy memory when I can’t get 50 digigold 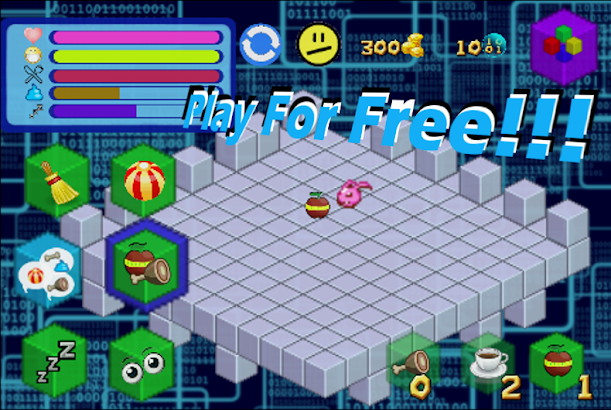 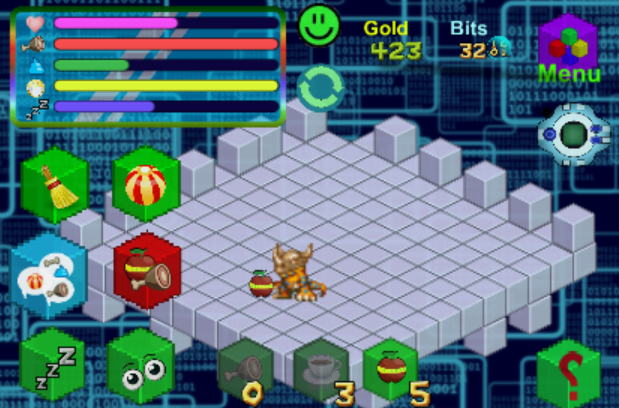 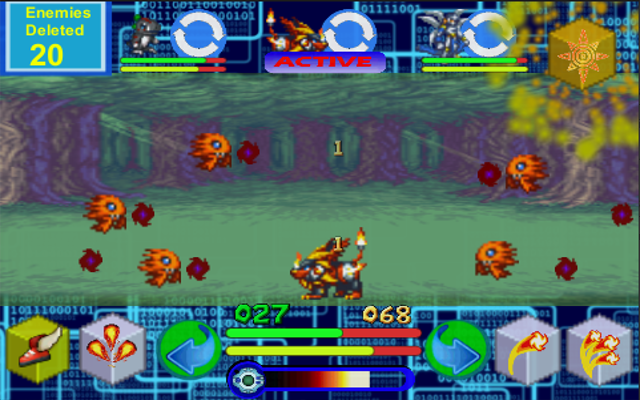 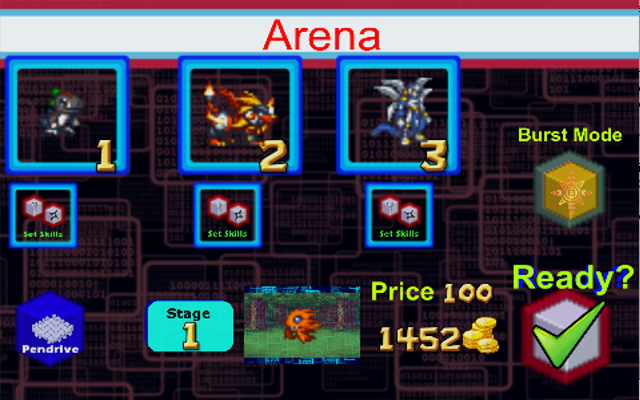 Help us to improve this game! Get the V.I.P. version to help us!!!

The V.I.P Version has:

Can you beat all of the stages???

*(new) Coliseum Rank 3 is ready!
* If you find something wrong tell us [email protected]

Michah De Boer May 9, 2016
Can you only get 48 digicoins on the free version? Once I got 48 the videos for the digi gold stopped pulling up. It’s not a problem with Internet connection. It’s okay if 48 is the limit for the free app, but then there shouldn’t be a non VIP option to buy memory when I can’t get 50 digigold

Ezequiel Ake October 7, 2016
Just so you know this. Don’t buy anything from this game at all. It’s a great game and it’s fun. The only problem is there’s no way you can save your progress. If you uninstall this and you bought a V.I.P purchase then say bye to your money because you can’t continue where you left off if you reinstall this game on a different device

RiotforPeacePlz February 27, 2016
Does not work on the sg5 just goes to new game screen then after that you just go to a buy a spot for 1k gold and there is no way out of this spot just sits there. Don’t bother with this garbage.

R Blackheart April 8, 2016
I like the game, its fun, time consuming. I would like to go back and be able to redo missions though. Id also like to know the names of some of them because its just called pet. Overall its nice, takes me back.

Jordan Douglas March 19, 2016
And the reason I’m not giving 5 stars is because, even though I only have the koromon line right now, and the thing is, black agumon digivolves from pagumon, not koromon, and an in game explanation of how to get the different digivolution lines would be great, if I did miss it, putting a help menu on the digivolution line screen would be even better, the first one CAN be ignored, but not the second one, if that is fixed I’d fully give 5/5

UnknownAugust 26, 2016
This game is perfect but the evolution is the problem it sucks when I had this pink guy I forgot hes name but it is suposed to digivoleve on to agumon insted black agumon and digivoleved in to this weared monster

John maneh April 8, 2016
It was really good but it needs more items and digimon to earn and fight, a guide, lower expenses and you need to be able to save the codes so you don’t have to remember them

johnny February 22, 2016
The game sucks you can’t top line digifolv so in what case you can not get patomon gabumons and some other Digimon in the game I need help please respond to this message

Developer WindBeast Games February 23, 2016 Green Face is one line, red face is another line! Keep this in mind! Thanks for playing!

Zeus Santos January 14, 2016
Fun, quick but also you can put a lot of time in. Digimon fans will love this. Lots to do all it really needs is like a tutorial mode or like a more in-depth guide

RekkusuRaptor Studios August 29, 2016
Digimon il love it shadow and then you can come over the past two days of a great way for you can get the development my favourite partner is agumon if agumon is black

killometer power March 26, 2016
I tried part 2 of this and it wasn’t as good as expected but I still love this game,guys could you please create another digimon game

Oni Nani February 22, 2016
One of the Digimon, pink egg with clouds, will NOT top line evolve… got 30 DNA trying to get there…. I guess it would be “patamon”… lost another star, still waiting on response to Patamon bug….

Noe Garcia March 2, 2016
Thanks for this. Good bathroom game lol. And train waiting game. Wish there was some kind of guide on how to get all digimon

Max Dugdale February 21, 2016
This app is about raising and battling the digimon you choose. There are about 20 fun stages to play and 17 missions to play. Your digimon will be able to digivolve from baby to mega. A very fun app for digimon fans.

Christ Marcellino January 24, 2016
Can you explain how to evolve our digimon into the mega form? Im stuckat evolving my metalgreymon into wargreymon

Alexander Guevarra Galedo February 10, 2016
I can make inf. Lives. Always repeat wins in missions I can max out attack to 199I can revert without losing money. Yeah.

Aizat Din April 20, 2016
Already unlock all digimon to full evolution but can’t seem to find out how to get Sukamon, the last digimon.

DJ Jenkins February 4, 2016
Missons dont work.. And things are very costly easy to run out of food and money..

Darth Reven February 8, 2016
I can’t go in the missions, I have the levels and coins but it says I don’t. Please fix. Good game

Firman Gd February 10, 2017
I watch ads from this game but i dont get any gold. Come on fix this and i’ll give you 5 stars

Dawid Van Zyl July 29, 2016
I also need something for cloud save that I can reinstall or change devices and it still keeps my progress. I rather like the arena better than coliseum. You can keep the coliseum though. The arena is better for me.

Joseph Lawson May 11, 2016
How do you switch digimon? I did it once by accident, but I don’t know what I did

Terry Watts March 15, 2016
I beat this game in under a week!! I worked so hard on this and I beat the game with all my freetime.

Gary Laboucan February 19, 2016
Amazing job , can’t get the extra digicash for ads ant more like I just got cut off :c

Dylan Hannah February 19, 2016
In the next update can you ad more digimon and more space for digimon in the pendrive

The Gaming Enigma February 19, 2016
I cant do the 1st mission maybe cause i have agumon already but if it gets fixed ill rate 5 i like this game

Fikih Maulana April 3, 2017
You can spend money for this game but your device must be rooted use titanium backup …and you can still have the data and app even you change you
r device or delete it..great game because i love digimon ..really

Chris Miller January 25, 2016
Their is not all the starting digimon. Because I wanted to pick poyo

Rocky Koch March 28, 2016
I Love it since i play this game i am addicted to this game keep it up to improve its Graphics

UnknownDecember 26, 2016
One suggestion though, may I have more options for partners, my favorite one is Patamon, but I can’t start with Poyomon. I think the options should be the fresh stages of first 7 partners of Digimon Adventure..

Breanna Button February 26, 2016
I like it, it is a really fun app but it won’t let me buy extra food for my coreomo
Tags
WindBeast Games