Since recent update on Android 5.0.2 on an Acer A3-A30 – System itself hangs or shuts down,, game won’t start; even after several attempts. Game itself simply freezes and I have to do a hard reset. All other programs are closed. No other persistent problems before. In a sense you can indeed call this a Halloween horror bugs-fest… 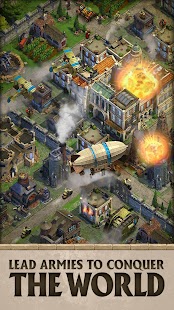 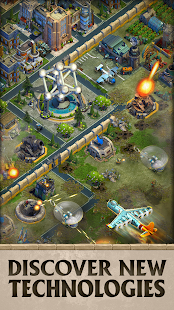 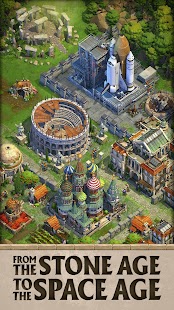 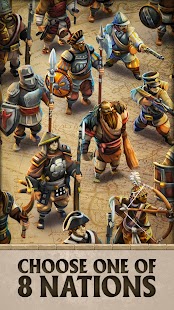 Pascal Proesmans October 22, 2017
Since recent update on Android 5.0.2 on an Acer A3-A30 – System itself hangs or shuts down,, game won’t start; even after several attempts. Game itself simply freezes and I have to do a hard reset. All other programs are closed. No other persistent problems before. In a sense you can indeed call this a Halloween horror bugs-fest…

Joseph Miraglia October 21, 2017
There’s not much to say about your game except that it’s boring. My screens always spammed with boring promotion sales. The game glitches during every logon. I haven’t seen improvements although there’s been many updates. It seems like you guys would do better working for a bigger company with common sense, rather than doing what you’re currently doing. This games not worth sharing and not worth purchasing. And the fact that I got banned from the forums and chat pretty much proves you’re all wanna be commi dictators. You should really remove this game from the U.S. if you can’t tolerate others speech, idiots.

Kranthi Roxx October 20, 2017
the best game i ever played. i love it. but i suggest the gamer to find easy way to earn more crowns. pls help with this. After industrial age it is getting irritated for upgrades it is taking 10 to 15 days for upgrade. Soo plsss reduce the days or time for upgrades

Scott King October 22, 2017
Was not a great game to start with but has continued to improve. Customer tech will work with you on issues. Very addictive. Only drawback is slow build times.

Fernel Suoth October 20, 2017
It’s a great game but there are 2 major problems: lag/drop outs and the troops CPU control.Everytime I deploy the troops instead of going through open wall they each attack a different wall even after you redirect them.Its been a year and the comments above are still true.

Rakesh Singh October 20, 2017
This game sucks!!!…with upgrading ages everything become costlier. every upgrade cost increase by 100 or 200% but its power increase by 5 or 10%. and time to upgrade those things changed to days, month. may be there will be a time when upgrading a age will take a whole year.. In simple word they want to spent real money to get things done quicker or wait till you take your last breath. hope they will think about it and show some game spirit.

Philip Cockman October 20, 2017
Enjoyed it upto a the industrial age, now finding it very hard to progress because hou cant collect enough resources and when you nearly get to a point to upgrade 5+people attack ya and removes most of your resources preventing you from upgrading the oil capacity on wells is to low and cant upgrade till next age

Rashmi Shukla October 24, 2017
Superb game. You should make more troop TYPES. Such as FrenchMusketeer in gunpowder age. The stone age people also hunted mammoths. So you should providethem till we reach the Classical age.

Kevin Bustamante October 24, 2017
So I’ve been playing this game for a long time. Pretty much sense the beginning. And over all love it. Until today. I get that stupid E0190304 suspicious activity error. I’m running stock Android. I’m not rooted and I’m not cheating. Until this is fixed I have to give this a 1 star rating. Once it is fixed (if I’m still interested) I’ll change it.

Jeff Turnage October 21, 2017
This game has great graphics. It’s the best strategygame out there. I would recommendit to any seriousplayer. The players are great and make you feel like you have known them personally.I play it every chance I get. It’s not just a time killer is a game that will make you want to play. I totallyenjoy playing.

Andrew Fox October 26, 2017
Okay it’s a good game but you really need to fix up the battling system it’s just doesn’t make any sense when you go against a hundred and when you’re only level 8 please fix it other than that it’s a good game

Anthony Gaw October 27, 2017
Did a factory reset on my phone to restart game lost everything on my phone and still managed to put me right back where I was I don’t know how that’s possible but I guess I won’t be playing anymore

Bakir K. October 22, 2017
Its not just another Clash of Clans clone. This game has unical gameplay features. Btw I dont like original CoC but I liked this game a lot. Also here you can order to attack specific target in the battle. And I like features like choice of Nation or not too cartony graphics. Only one bad thing there – prices in shop are TOO high for mobile game. For example, prices in Fallout Shelter or Star Wars Battle Arena are much lower. I played 3 weeks and my town wasnt attacked any single time! And if you will check clans list, you can see how many people leaved this game. Maybe because of same issues. You have to wait a long AND prices are too high. Still, its one of the best mobile games I played and I wish to see it advancing in future. But now here is lack of players, unfortunatelly. P.S. Music and graphics are very good.

Tyler Rowley October 19, 2017
I like the battle element that this game has over other similar games, and I continue to enjoy this app each time I play due to the many ways to customize my upgrade path.Thank you for a fun app! ?

Mayur K October 20, 2017
I thought this game was like Rise of national but.It like slow gameWhich we have to play for years.. They should have made the game like RISE OF NATIONAL.WHICH People would have gone crazy…

Cynthia White October 22, 2017
Every time I try and do the other games to give me extra crowns I don’t get them. They owe me over 700.

October 23, 2017
Buildings and gathering The new stronghold building was a bad idea because it is to powerful and the resources and costs for buildings is a bit overpriced. I build something then wait ages to build something else. Otherwise, incredible game, better than clash of clans.

Scott Hekking October 20, 2017
To everyone complaining about how long it takes and the crowns needing to be easier to obtain and what not. Thats the freemium model. Make it fun and addictive early on, make it take longer and longer and allow the player to soend real money to speed up the process. If you cant handle it, spend money or uninstall it. You’re welcome

Rojan Kedem October 24, 2017
Guys plzz help me plzzz at the latest holloween update i lost my entire account its all down to lvl 2 plzzz help me even worst is that i have forgotten my game name but when i go ti game play i still see all the achivement i had done when i was high lvl plzz help me

Hiral Shah October 20, 2017
Hated the game completely.it constantly crashes.If you can fix this bug then I will download it again

Chauhan Jaydevsinh October 26, 2017
Wery bad experience for me because i am not play this game for 5 days then not support the game and also the new version of game is updatr i am. But they are again ask me for update and not support the game. So they are make me fool.

dave F October 24, 2017
It’s OK but it takes a long time to build things up without money.

Tirth Pandya October 24, 2017
One of the worst thing when u attack some one within 2 min someone attack on you. Which the worst and make this game even more boring. Atleast make some arrangements that when u find attack that people will be higher level and when u get attacked that will be higher level … F*** heackers … U can not even see their lay out

October 21, 2017
Got perma banned without even playing the game

login reg October 22, 2017
Please helm me to delete my small id, i just confused why i can have two id in one account…..

Manos Tsiftsis October 20, 2017
I would like to receive notifications like those on iPhones. From farm harvesting completion to completed builds/upgrade. Now i don’t receive any except for when an enemy attacks my base.

Keenan Keyes October 20, 2017
It say you “NEED” to give them your contacts how stupid is that

Kunal Singh October 23, 2017
The only game I have in my phone. Love DomiNations hate CoC.

Matt Strasser October 26, 2017
The screen willtime out during a fight which in turn exits the app

Bhabani Sankar October 23, 2017
Nice game…I loved it ???.Another thing you should include that is live attack…hence all members of an alliance can see the attack live of others…I request to big huge game to add this…

DomiNations Halloween!
Google Play’s Halloween Campaign – Spooky updates you can’t resist!
Grow a flourishing civilization and journey through all of human history as the leader of a mighty Nation!
BUILD a unique village of your own design. LEAD loyal citizens from the dawn of antiquity to the modern era. BATTLE cooperatively and competitively with players from across the world. RAID competing Nations for all their good loot!
GREAT LEADERS!
At the new University, consult Leonardo Da Vinci, Catherine the Great, King Sejong and other historic thought leaders to strengthen your Nation!
BRAND NEW EVENTS!
Accomplish fun limited-time goals based on actual events from history and collect rare rewards to help your Nation advance!
FROM THE STONE AGE TO THE SPACE AGE
In DomiNations, lead a village of early hunters and gatherers on their conquest through the ages from the dawn of civilization to the modern era. It’s up to you to design a small town and grow it into a thriving metropolis. Build historic Wonders of the World, including famous landmarks like the Pyramids of Egypt and the Roman Colosseum. Tackle historic battle campaigns to collect important resources and upgrade your city as you advance through history!
CHOOSE YOUR NATION AND LEAD AN ARMY
Take charge of one of 8 fearsome Nations on its journey through time. Choose from the Romans, British, Chinese, French, Germans, Japanese, Koreans and Greeks. Each Nation has a special strength empowering you to build unique units who fight to advance your city, like longbowmen, vandals, and the mighty samurai!
DISCOVER NEW TECHNOLOGIES
Research new materials, invent advanced weaponry, and develop trade to grow a bustling economy. Through scientific discovery, strengthen your troops with better equipment, upgrade your buildings and town center with modern materials, and bolster your defenses as you grow stronger. Legendary game designer Brian Reynolds brings history to life in every era as key advancements from each period in history will help you progress your epic civilization!
FORM AN ALLIANCE AND WAGE WORLD WAR
Put your powerful Nation to the ultimate test in PvP combat and raid your enemies’ cities for huge bunches of loot! Fight for crucial resources, untold wealth, and total domination. Team up with other skilled rulers and forge an unstoppable Alliance. Unleash the full force of your armies to outwit and outlast your opponents in 50-on-50 Alliance warfare to conquer the globe in World War. Triumph and take home the spoils of war!
Privacy Policy:
https://nexonm.com/mobile-privacy-policy/
Terms of Service:
https://nexonm.com/mobile-terms-and-conditions/