The APP for you create the Brazilian funk hit! 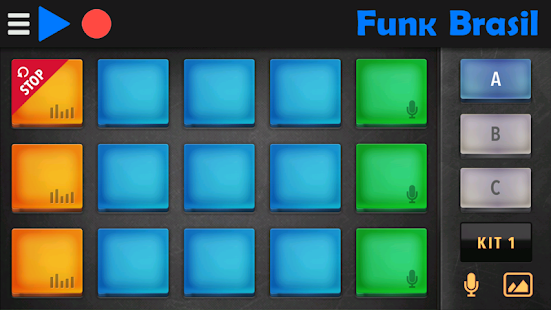 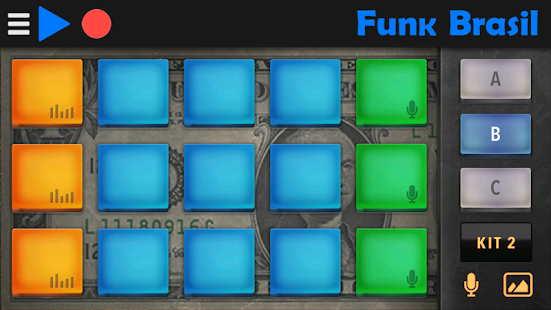 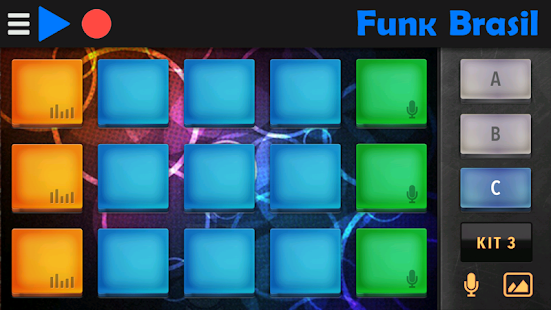 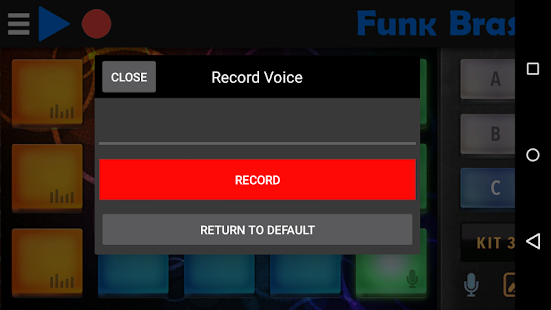 Noble Gameing May 8, 2017
Its am okay game needs a bit more music pads

DRJ – KID Lyrics April 4, 2017
Can you add continuous sound repetition for all sounds it will open more gates for creation of MusicYou can take a example of “chebdev’s Dubstep producer pads”They have added This feature to all their pads application.

Leanna Echols November 11, 2016
Good choice of sounds to play around with.

Erica Morrill September 2, 2016
Plenty of fun for the whole family

Ceci Bloom March 26, 2016
So not really but yeah after maybe a month it gets really boring sorry for those people that like it sorry about the rating

Q Machado August 8, 2015
This app is one of the best apps i’ve downloaded in years…so fun and professional sounding

Wendi Jerrees Hamilton March 22, 2015
This is the best game everbe cause you can sing songs and rap.

Philip Osedumme February 9, 2015
Awsome app!Thanks Rodrigo. although you can’tset Sequencer inbuilt with three preset Sequencers,six Sound pads with three voice effects.As if that’s not enough buttons A,Band C each with a further six levels of sounds.Redeemed by being able to record your own vocals .Oh,nearly forgot,changeable background designs.

Ana Paula Lelis February 11, 2015
I wish I could play the songs I created outside the app. Fix that pls

Rachel Clarke January 31, 2015
Smashing little gizmo. Simple to use and a great way to pass on ten minutes. ?

Noah Harris February 21, 2015
It fills rilly goodI play it all the time

Ehtesham Ali February 19, 2015
Really awesomeness is in this

funk brasil is a free drum pads style application of brazilian funk. an application made ​​for android, lightweight, fun and easy to use. with it you can create beats of funk carioca, funk ostentação, funk melody, funk paulista and even become a dj!
there are 90 drum pads with several loops, beats, and vocals for you to find the perfect funk beat. sounds recorded with studio audio quality. the most complete drum pads style app. with it, besides create the beat, you can record your own voices and use it in the mixes. ideal for djs and music producers!
try funk brazil and create the new funk hit!
please refer to funk brazil:
* multi touch
* 6 complete kits of funk music
* 90 realistic sounds
* studio audio quality
* like a drum pads
* easy to play
* for djs and amateurs
* 3 examples
* recording mode
* export your records to mp3
* works on all screen resolutions – cell phones and tablets (hd images)
* free
the app is free. but you can remove all advertisements buying a license! try the best and most complete drum pads of brazilian funk on google play!