A sequel to the cute puppy training game, Hi!Puppies ♪ 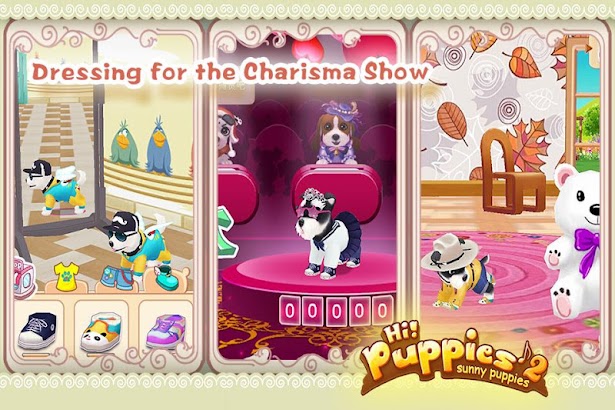 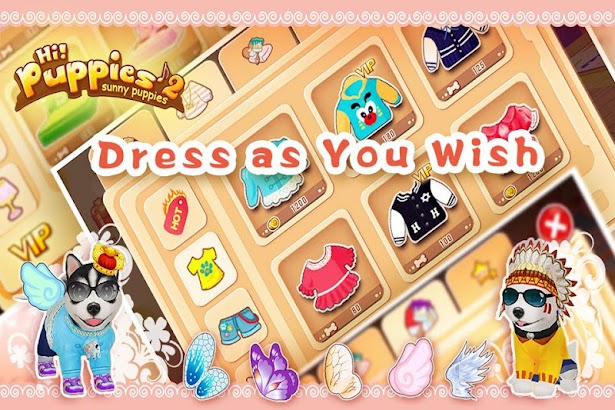 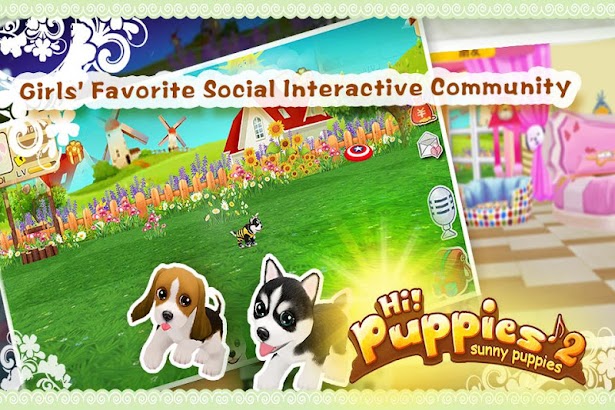 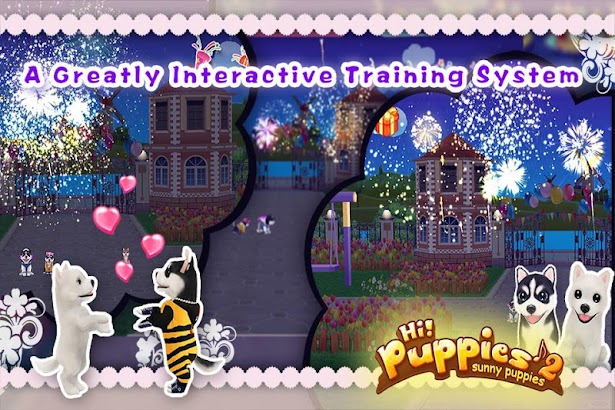 Popular 3D social pet raising game, a sequel to Hi!Puppies! This adorable pet training system has been upgraded again! The new stylish game of 2014, a brand new experience for you.

Hi!Puppies!, the game with 10 million users has finally launched a new version. Based on the reputation of the previous game and brand-new design, more features are now available:
[Voice Training for Puppies] a newly developed unique voice training and gesture system that allows you to become a puppy master in the game.
[Upgraded Interactions] a Stadium feature that allow puppies to participate in their own Olympic games!
[Makes Friends in the Park] enable a real-time chatting system in new park scenes. You can make friends with puppy lovers at almost any time. Gorgeous fireworks, pranks, romance and happiness are all here.
[Dressing for the Charisma Show] who is the true fashion leader. Display your charm in the Charisma show and become super stars!!!
[Breeding System with All Possibility] Added the function of obtaining special genes from pure puppies on the basis of the original game, giving offspring infinite possibilities. Now join the fun and select your puppy’s favorite partner. Make the game even more exciting with amazing choices!
[Custom Decoration] the game brings numerous customization options of wonderful and diversified furniture and decorations!
Join puppy world! Hi!Puppies 2 welcomes all players!

Elynor Harris October 10, 2017
On hi puppies one someone stole my friend’s account so now she can’t get on so we both tried making one on this after we deleted hi puppies 1 and it said “no more accounts can be made on this device”

Madison Stokes September 30, 2017
It is so cute and i like that you can mate with people

Tic Tac October 15, 2017
If you make another game in the future make a game called hi ferrets cause i am a ferret lover just as much as i love puppies

Lps pusheen October 7, 2017
Its so cute and not laggy but why dont u want to put the park on hi puppies?

roblox awesomeness October 1, 2017
Puppies are going to be a little bit more fun soon not like there not 99% fun already

UnknownOctober 8, 2017
This is the best game ever its zo cute and fun i totally recomend it

Mohammedbasil Cp October 23, 2017
I like this game now give me 10bones or I will hack you

Theodore Booth October 21, 2017
What a good game whish they give free bones

UnknownOctober 19, 2017
It’s so cute stylish and fun and addictive

Kayla&Ashley Dolls October 6, 2017
I love it i play it like all the time

Blood Furrow July 27, 2017
I absolutely love this game!! But i HATE THIS! When i tried logging into my account “Spotted leaf” I have a gray teddy AND a headed teddy!! Please fixx! When i logged in at 10:59 am All it did was load to 30 then stop but then showed some chinese words and then the only option was to press ok but then it exited out of the game then went to my home screen!! Please I already tried calling and messaging you! PLEASE FIX I THINK ITS A GREAT GAME SO I RATE 5

Angie Pagan July 21, 2017
It just stops at 30% loading! This is not very good if I’m not the only one having this problem then it’s the games fualt. Please listen this needs to be fixed I can’t enjoy it.

V Sanford July 15, 2017
No new accounts?I just got this game and it is saying that I can’t make any more accounts on my device. I have no idea why it said that, I hadn’t made any accounts on it before and I only just installed it. I am very confused about this and I am sorry to say but I will need to uninstall this game. It won’t let me play.

Carissa Cook August 12, 2017
I love this game but it haven’t been working in 2 or 3 day now but seeing how it not working for other so it must be a game problem for all of us on this game I put this game 4 star now until it fix I hope it get fix soon became I don’t want any of my friends quit because it not working.I hope some people see this and know it not only you who have that problem now all wd can do jow is wait.

Sush W July 25, 2017
It’s good, but there are some glitches If you go too high up on the screen with any of the collies, their eyes dissapear, leaving a big black gaping hole in the middle. Also, bones are really expensive

Camila Ortez October 2, 2017
Best game EVER it is fun and we get to meet people all over the world. Some are mean or hackers, But not all its still a FUN game to play

Eli VanDerSchaff July 5, 2017
i dont know how the game even goes cuz my game wont load all of the way it goes to 30% then stops until u exit the game and then it starts over and does the same thing again and again

iivy linn June 26, 2017
When I try and make an account on here, it says I can’t because I’ve already registered too, many times on this device or something. But I’ve never, been on this app before. ?

UnknownJune 30, 2017
It’s awesome I saw my sister on it we played together and did fun thing

Omgitsnissa August 13, 2017
Game won’t load n I absolutely can’t go days without playing this is the most terrible thing to happen will rate 5 stars after u fix

Milkshake Gaming&More August 16, 2017
Get it get it get it get it you will love it but get rid of locked bones plz but more dogs to bit over all of that this game is the best if u now whitecat in this game say I because here she is lady and gentle men’s ?