So far I find it rather relaxing with nice Christmas-like music & graphics. Another great game from Magma Mobile! 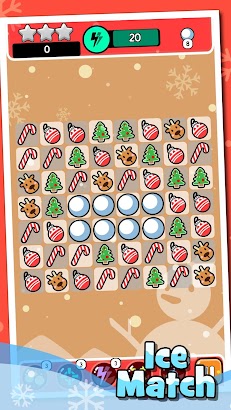 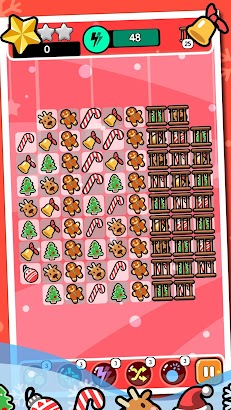 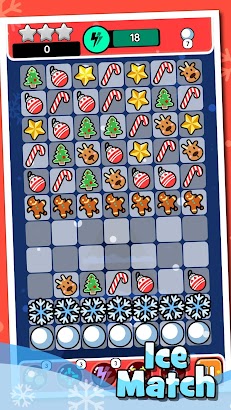 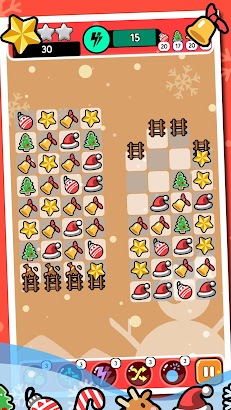 It’s winter ! Put on your boots and your scarves, you will dive into a world covered with snow! This universe is animated by stars, snowballs, Santa Claus caps, barley sugars and lots of other colorful elements.

The rules of the game are simple. Based on the principle of Match 3, Ice Match consists of collecting identical items in groups of three or more and achieving various objectives.

Features of Ice Match:
• Challenge yourself more than 600 levels of increasing difficulty
• Achieve different goals, such as removing invasive snowflakes or dropping gifts in socks.
• Overcome difficult situations with enchanted bonuses
• Complete Dozens of Achievements
• Show that you are the best with the world rankings

Are you ready to take on the challenges of winter? Download Ice Match for free!

Kathy Palmer March 3, 2017
So far I find it rather relaxing with nice Christmas-like music & graphics. Another great game from Magma Mobile!

v rocco September 29, 2017
This game got me thru knee replacement…hard enough to be challenging but not frustrating….

Amanda Williams June 9, 2017
It is a unique gamebut one thing . Sometimes when you tap the object it won’t match. Its still unique

Cheryl Sihrer May 3, 2017
Very challenging in the higher levels! Love the graphics,i got a friend to play it to!

phil tai May 6, 2017
Challenging…i rate this game above 5stars

yvonne gray June 24, 2017
Sometimes it takes a while to figureout what you are supposed to do, but I like it

michelle whitaker October 23, 2017
Cool game, I am enjoying playing it.

Janeen Whalen January 15, 2017
It’s nice music but it’s okay nothing that I would recommend like most of there games …they make it a bit to hard to make a match and it frustrates me because I like playing to relax

Charles Malow January 17, 2017
Ice match is another winner from the braintrust at Magma Mobile. There are plenty of Google Play Achievements up for grabs and a worldwide Leaderboard…FIVE STARS!

Phil Barron February 14, 2017
It took a bit to understand, and when it gives you a chance to watch a video… It has nothing to do with the game or to help explain the game better

Carolyn wilcox January 17, 2017
It’s not even Christmas time and I can’t stop playing lol I love the fact that this app doesn’t require real money purchases to buy the game helps

Becky VanderLind January 21, 2017
Super fun.One has to think, but it is cute and eventually one can win without going broke

Maggie Revere December 24, 2016
Like the music and not too hard to win each game..a little challenge.

Twanna Nickens December 27, 2016
I find this very relaxing in a stressful situation

Christine Milner January 15, 2017
Awsome love it it’s great to play with friends and family members to

Donald Tarpening January 1, 2017
What is this? No more moves when there are moves. I’m uninstalling it.

Johnnie Chng January 14, 2017
Nice game to while away my spare time