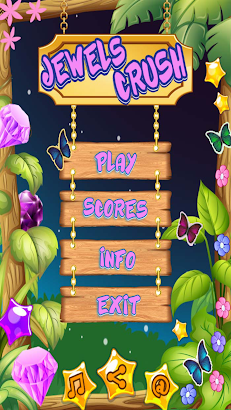 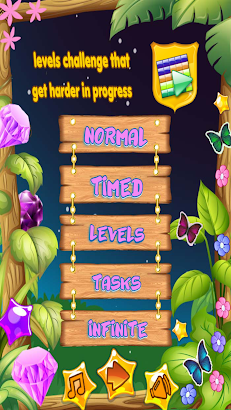 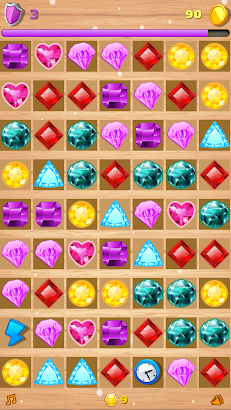 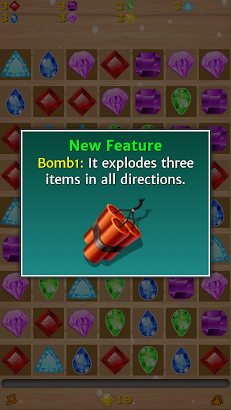 introduction of the game:
* Jewels crush is a traditional game in android market.
* we introduce this game in a simple way with five challenges.
* jewels crash game has a lot of features and game types to be suitable for all ages.

how to play?
* try to swap between two jewels to get three similar jewels at the least in the same orientation.
* try to crush more to get more points.

game features:
* five types of challenge for all ages.
* a lot of features and aids.
* score board to show score in each game type.
* perfect design for all android devices (phones and tablets).
* a lot of sound effects.

try the game for free and rate us with 5 stars.
thanks.

Developer SmileDroid January 15, 2017 Thanks for your review, we respect your vision about our game.
If you have any suggestion to make the game better and more interesting please tell us.
Thanks again ?

valerie forkner December 12, 2014
It’s not full of special graphics or sounds or power this and that , it’s just a simple game that passes the time when I can’t sleep and this is all I need to get the busy mind off of things. If your looking for bombs and bolts this is not it but I don’t need all that when I just want to relax and pass time. Give it a try

Altagrace Corvil November 24, 2014
It is ok the only thing I don’t like is that the ads still pop up so they still need to fix that

Norm Lebel December 30, 2014
Jewels crush is a relaxing game to wind down with after a hectic day

Robert Williams July 23, 2014
Too slow/boring audio and way too many pop-ups! Deinstalling!

Kathy Dykes July 23, 2014
Love the game except for endless pop ups / will delete because of that

Paula Holland April 16, 2014
While I really enjoy all of the levels/ tasks, etc I’m never able to get beyond #5-game stops & returns to menu!! Very frustrating !!! And I’m getting tired of continually playing levels/ tasks 1-5!! Like to play higher,harder tasks & levels; please fix, ok? Thanks!!! Oh yeah…don’t you mean ( in description) jewels crushing, although crashing actually describes it better. LOL

Shelly Powell April 27, 2014
The game would be okay if the advertisement would stop popping up in front of the screen while you’re playing the game.

Darlene Myles April 16, 2014
Ads pop up every five seconds. Some stupid thing about eatting some nasty looking fruit I guess…. Could have given more stars…. Uninstalling it.

Margie Cottrell April 29, 2014
I ENJOY PLAYING THIS GAME A LOT. I WOULD ENJOY IT MORE THOUGH IFIT WOULD LET ME KEEP MY POINTSAND STOP THOSE VERY ANNOYING POP UP ADS!!!

Lorri Kendall June 9, 2014
Nice and simple. Relaxing also. Sometime I play right before I lay down!!!

Diane Singer May 29, 2014
Fun game until the constant popup ads appear in middle of game. Will install if continues.

Bill Lowells June 18, 2014
A lot better than candy crush where the way to advance is to pay for extra moves and powerups

Cyndi Wallace May 19, 2014
Its okay. Miss the original Bedazzled.

cheri roberts June 10, 2014
Different symbols have to line up & fall it is a puzzle