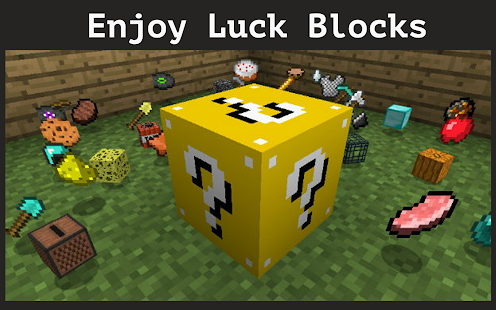 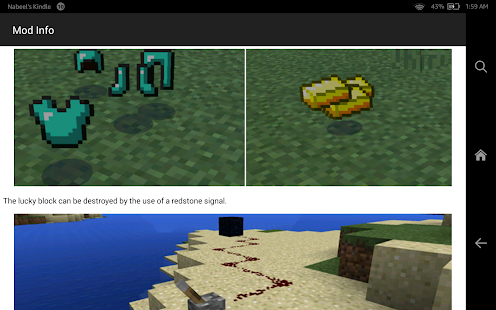 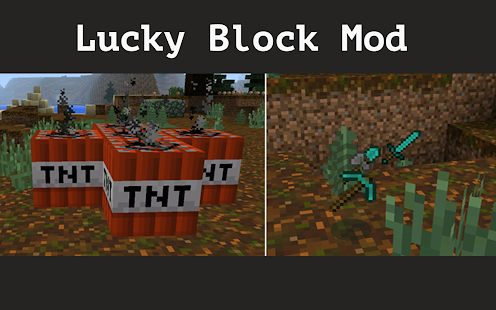 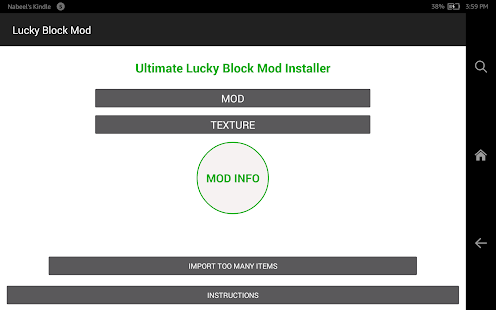 The FireBoy November 7, 2016
You can apply to Toolbox for MCPE too but it may cause lag when you BREAK the Lucky Block. If you fix it,i will rate 5 stars for sure

Melonguy GCRAFTPE June 17, 2016
I love this mod is so good oh mad love thanks for making this app?

Ali alshablan April 3, 2016
It has bad lucky blocks tho

Luis Luz August 6, 2016
I like it. It works very well. To make it work u need to put the texture pack

hgblox88 Roblox And More September 4, 2016
How do you get a blok lonchr

The Lucky Block Mod adds a lucky block to the game which can cause 50 random types of outcomes when being destroyed. Sometimes you will get really valuable gear and other times you will have to fight zombies. You never know what to expect and that makes everything a bit more exciting when breaking the block.
Note! You need to install BlockLauncher App to install this mod. Read the Instructions carefully.

This Lucky Block Mod For MCPE is can only be applied with BlockLauncher application and you need install the full version of MCPE and BlockLauncher in your smartphone or tablet.
This is an unofficial application for Minecraft Pocket Edition. This application is not affiliated in any way with Mojang AB. The Minecraft Name, the Minecraft Brand and the Minecraft Assets are all property of Mojang AB or their respectful owner. All rights reserved. In accordance with http://account.mojang.com/documents/brand_guidelines