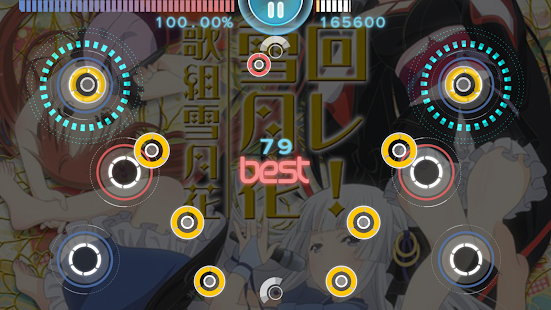 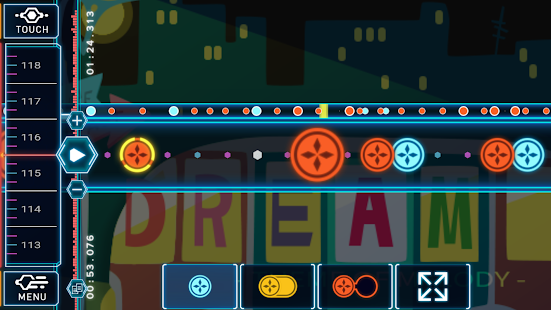 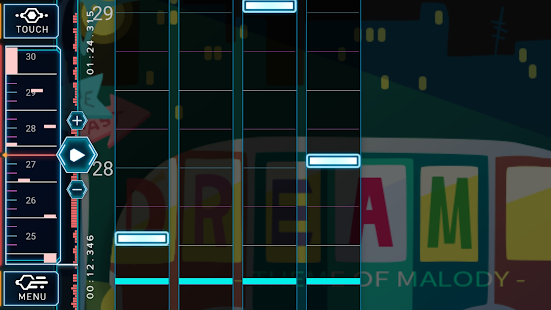 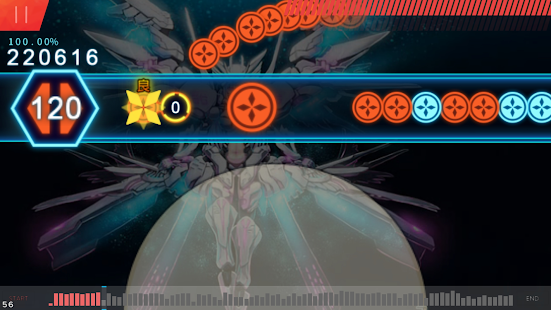 James Moreno September 23, 2017
Why do some osu files only show up as catch the beat and not as mania songs? Also it is my understanding that the guy that made this game worked on mania on osu so why dont skins from osu work on here?

Random Person September 9, 2017
I tried to make an account for this game, and it says to go to my inbox to check if there is a messege to activate my account, but I didnt find anything

SiPotan Gaming October 11, 2017
Yeah its goos but… Why i cant upload my own beatmaps to the server its say upload only can for active people only whats that mean i mean iam already online but why i cant upload it plss fix this …..

Developer Mugzone August 22, 2017 Ring mode is for phone devices only. You are using a tablet.

September 5, 2017
This a good game, but how to unlock keybord mode in custom songs?

Yukihiro Sayama July 27, 2017
It’ssimple and works. It’s like Osu in a way but with different modes. It’s defiantly more for the mobile market but I really think that’s fine.

-Daniel – July 4, 2017
When you start downloading songs.. DONT YOU DARE TO UNINSTALL THIS GAME! It will crash.

Zeptyk September 3, 2017
Good app, but crashes on my android 4.2 tablet, and my phone is too small to play this…

Jafet Magno June 16, 2017
First of all i’d like to give you 5 stars but due to a bug or something my records and gameplay are not recording online and my ranking isn’t going up and so does my quest isn’t progressing at all. I have played Haelequin 4k HD and other sorts of charts but no progress at all. I am sure I’m in the online section of the game and i’ve tried it multiple times to relogin on the online section. Please help me devs. I would galdly wait but please fix this. In case you want to know my device is Oppo f1s 64gb. Thank you in advance for considering my issue!

Dytrus June 11, 2017
Hell yeah! I didn’t expect such dedication giving a rich amount of modes, mods and features, feels like my phone is a PC now. When I saw the Taiko mode and tried with my favorite osu! map I cried of happiness, so identical T~T! Also the custom skin selection is gold >w<, but will be ok change sounds too. Ok, I think I requesting so much qwq, almost everything is covered!, Good Job! The satisfaction of having this app made me can do everything with just 2 thumbs ^w^.

M Hafidz July 2, 2017
its potentially good but needs a lot of adjustments still, for example the responsivity of a profile, considering this app has no ads and in app purchases, so 5 stars

Ishida Ohara June 24, 2017
I thought it support .osu files (Osu, Osu!mania, Taiko, Catch the beat mod) ? (I cant determine which is the Osu, Osu!mania, Taiko, and Catch the beat. Cause it is written already written as 1 .osu file, and I have no idea what does the FAQ is telling me about) Then why the hell I can’t play my beatmaps in Key mod? Seriously, this app just wasted my data and time. I’am very disapointed.(PS: DON’T YOU DARE DELETE THIS REVIEW)

Marc Jason Natividad October 1, 2017
I have a high-end phone but when I play, it is not multi-touch so my combo is broken always. Please fix this. It only supports 2-touch not multiple touch

Developer Mugzone October 8, 2017 You have to turn off any gesture support from your phone settings.

Alan Hart June 2, 2017
Best OSU port for Android I’ve ever found. Can even load the OSU maps to play them on your phone as well!

Rebecca Boateng June 4, 2017
Amazing. JUST LIKE OSU!. I would rate this 6 stars if I could

Uzi Channings September 12, 2017
THIS IS SUCK!! I tried to register my account but it always says my email or username has been used! I’ve tried like dozens different username n email and the result is still the same! It’s really pissed me off!

Developer Mugzone May 17, 2017 Can you use another browser. It’s maybe a page load error, not your email issue.

CONJURER :v October 14, 2017
Hi! Hey mugzone i tried importing .osz charts with a background video but when i played the beatmap it has no video could you pls fix that but overall it was good

Pennywisethe dancingclown May 21, 2017
OMG THIS IS WHAT I WAITING FOR IS TOTTALY A OSU????I LIVE YOU Mugzone you are the super best i ever seen???i have this on my ipad but the super best is this,this is the best than osu??nice work guys

HAN Han May 11, 2017
i’ve been waiting so long for this kind of game on android Really glad I could play this game I hope the dev didn’t put any in app purchase in this game

akihito the shadow dragon April 11, 2017
I love this game its so much fun

Developer Mugzone April 12, 2017 Thanks for playing

Developer Mugzone March 22, 2017 You should disable any gesture support from your device settings.

Developer Mugzone May 1, 2017 Our server is under ddos attack.

Mashiro Shiina April 7, 2017
Sorry Late Reply But I Give This Game A 5 star cool game like OSU!

Developer Mugzone April 6, 2017 It’s was a temporary server issue, and had recovered.

Kengy March 24, 2017
Probably the most awesome mobile app I’ve ever seen.. once i get a phone with a better touchscreen im gonna play the crap outta this xD

Brian Gadin April 6, 2017
This is great… As it is (the game lets you play and create beatmaps)