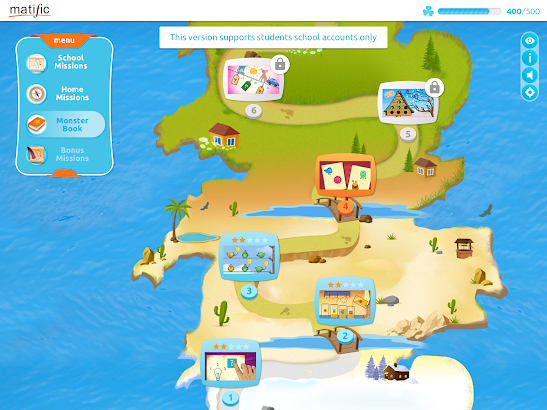 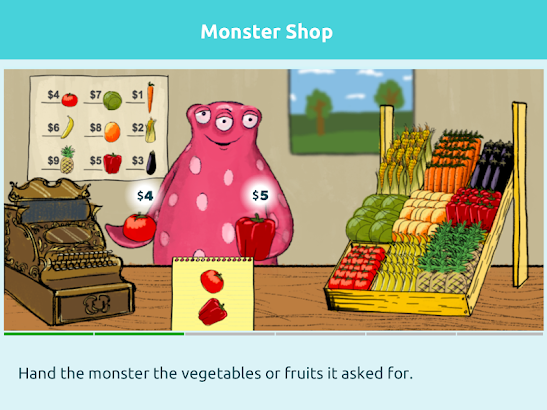 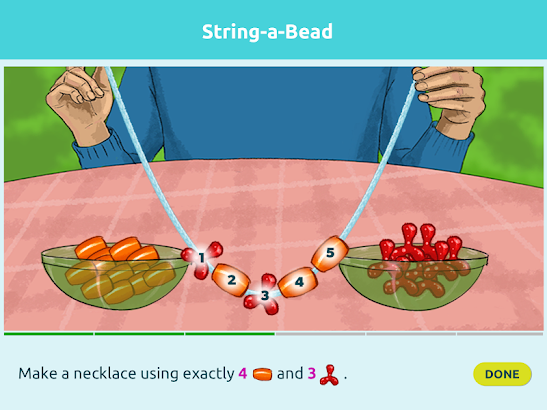 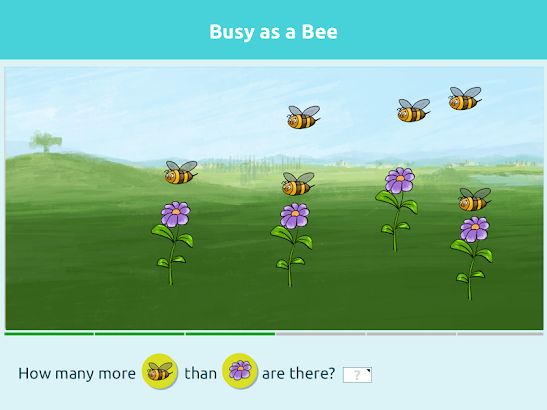 *** Please note: This version is only for Students in schools ***

The award-winning Matific app is designed by world-class early-age math education experts, and is based on vast experience with math teaching and research.

Endorsed by elementary school teachers and principals around the world, Matific is the product of choice for developing early-age math excellence and scientific intuition.

Nigel Hayward September 2, 2017
This is a great way to learn math but the controlswere a bit laggy but I loved it

UnknownSeptember 15, 2017
I love it so match it is the best game in the world

Sepehr Mahfoozi October 2, 2017
It helps you to get better at maths!?

Daniela Giuliano March 8, 2017
The concept of the app is great however I’d like the answer buttons to be larger in size and spaced apart further, because my 5yo intends to select the correct answer but ends up touching the button next to it making his response wrong which frustrates him as a new learner.

Pat Pedulla March 28, 2017
It’s a fun maths game but I am having a problem where the game is getting inverted. If a bug please fix it

Wayne Davies March 20, 2017
I’ve only been on matific a couple of times and I really enjoyed it

Adam Katz October 27, 2016
I am a returning customer. The app works great on my PC but for stupid technical reasons I was not able to purchase another subscription. That said, the mobile app doesn’t work if you don’t have an active subscription. Matific started as a wonderful idea with good people behind it but somewhere along the way, maybe when the money started flowing, they neglected quality and commitment to customers. I hope they get their act together.

Jim Henke February 12, 2017
Wouldn’t let me sign in. Wasted my time. Had high hopes. Get it right before you put it out there.

Peter Starowicz January 31, 2016
Fair and square does not work and big battery drain even when app not in use.These issues occur on nexus 5 and nexus 7 (2013) both running the latest revision of Android 6.0.1.Other than that it’s a great app.Thank you.

UnknownAugust 14, 2016
It was okay but when you do activity’s you get locked from the activity’s that you already had and then you have to re install it and then uninstall it again

Janette Smit November 20, 2015
Plea make it that it can be also on memory card

Meirav Vardi May 23, 2015
Makes your kids understand and love math.

Developer Matific ( Slate Science ) February 28, 2015 Hey Gavin,
We appreciate your feedback. Can you email me more details to [email protected] I want to resolve the issue, and make matific better.

Bruce Seymour March 12, 2015
My daughter loves Matific especially the Monster Shop activity. And she’s really picking up the maths as she goes.

Kevin Sherman March 12, 2015
My kids love this app! The content is fun and engaging and educational… A rare combination!

Developer Matific ( Slate Science ) January 22, 2015 Hi Sadef,
I am glad that we were able to resolve the issue

sylvia seddell November 26, 2014
Does not explain that this is a 10 day free trial and that there is a monthly fee/annual feeuntil AFTER you register.

Rushab b January 9, 2015
I’m not able to download the activities . The app now is completely useless.

Developer Matific ( Slate Science ) January 22, 2015 Hi Rushab,
Sorry for the troubles. Canyou email us the errors that you are getting. This is not something that we are familiar with. [email protected]

Luke Rogers May 19, 2017
I’m so not going to delete this game eeeeeeevvvvvvvveeeeeeerrrrrrrr and I love this game

elle Atkins July 26, 2017
I tryed downloading it like 5 times and it never worked