Command your army, conquer holy lands for honor and claim The Conqueror title 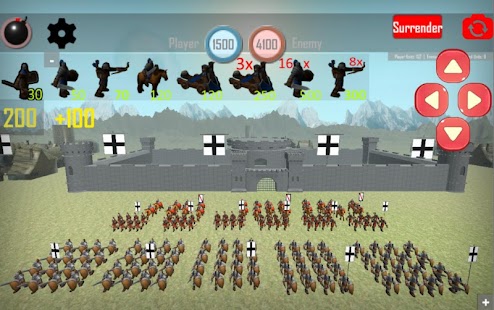 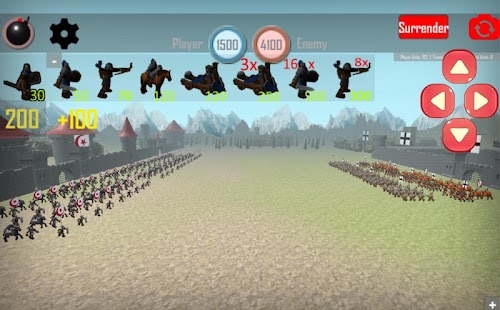 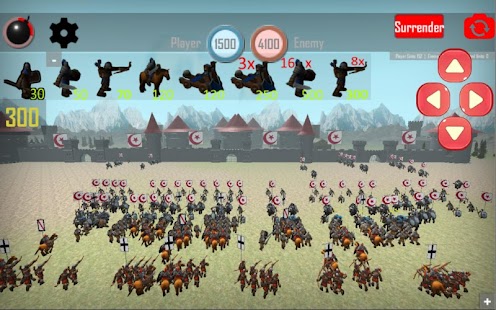 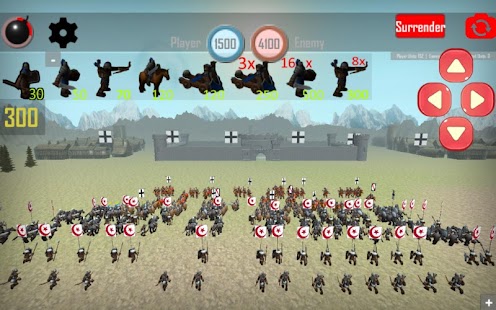 Skorca illy September 7, 2017
To many ads gave me 50 ads in a row 5th worst game google play that is partly playable

king_of_the_blazing_sea September 4, 2017
So hard to know what is going on the ui is so bad.

Justin Norwood May 27, 2017
It’s stupid. You can’t beat it the levels once you hit 6+. Forget level 10. They get more guys, their castle is stronger, and they have stronger guys too. This game is beyond stupid. Don’t spend any money on it. Don’t let that 4 star rating get you either.

Random Xgi July 6, 2017
It’s rlly good the ppl that have a hard time is that they suck it’s rlly good suggest it to your friends

rajkumar kumawat June 7, 2017
Fantastic thanks for your game

Chris Papierowicz May 19, 2017
The instructions are unreadable. Consequently, the game play suffers. I reinstalled almost immediately. Don’t waste you time. This one is a loser.

May 5, 2017
Have to pay money in order to advance pass level 9 thats bull there should be a way to gain more troops without spending money

Joshua Reed May 10, 2017
Controls are very awkward camera angle is awful and a ridiculous amount of ads

Ricky Strickland May 21, 2017
So you get more troops by spending money but then if you leave the game you don’t get to keep the troops….not happy

Martin Ortega April 4, 2017
Way too many commercials interrupt you when you’re playing a mission and because of that you never get to finish completely destroy your chances of actually playing the game

Geoffrey Tookey April 21, 2017
Absolutely toxic ad infested garbage. This is not a game it is a scam for selling ads only.

Mishka Tvorzky April 3, 2017
Can’t understand the instructions & I have no idea what the troop strengths/weaknesses are… Uninstalled

MEDIEVAL TIMES: HOLY LAND WARS
Command your army, conquer holy lands for honor and claim The Conqueror title
The great king, command your army and conquer the holy lands for your honor and claim the title of “The Conqueror” of medieval ages.
There are 10 great wars of medieval period waiting for you. you will start your middle age holy expedition from Cyprus and Acre. After capturing these castles, you will be headed to Tripoli, Antioch, Edessa, Aleppo, Baghdad, Damascus, Cairo and Finally to the holy city for all believers – Jerusalem. You have very strong army with different armed medieval age units. Prepare your army and go to victory. You enemies have almost equal power of defense and attack. Therefore be very quick and careful in your attacks and do not forget to use your fire bomb power. It will bring your army to superior power.
Your enemy is also powerful with cavalry, light and heavy infantry units of that epoch.
You have strong army units. they are as following:
– light armed infantry
– heavy infantry
– light armed archer
– knights
– catapults
– bombs
how to play MEDIEVAL TIMES: HOLY LAND WARS:
It is very easy to play the game, click on “move / soldier” icon to make the button red in order to have ability of deploying your units and tap on battlefield to deploy your soldiers. Click on pointers to move camera left, right, forward or back. do not forget that if you do not redden “move / soldier” button, you will not be able to deploy your army. If “move / soldier” button is not white, you can not change camera position
FEATURES
Free form quest map that allows players to decide when and where to fight within a historical framework.
Mini map on the right bottom
Detailed battlefields
10 different castles
8 and 16 mass deployment of units
catapult attacks castles only
More than 6 different units all accurately researched and carefully modeled in amazing detail.
Almost infinite number of equipment combinations.