Strategically outmaneuver your enemy by picking the perfect soldiers.

-Connection issues needs to be fixed. – Newer troops have to be balanced.-Matching is unfair at times in 1v1,2v2.-Cost of every item on the store is bit high.Mages,Archers,Vampires, Novice are to OP.-Crystal has to be strengthen crystal is too weak at the moment. 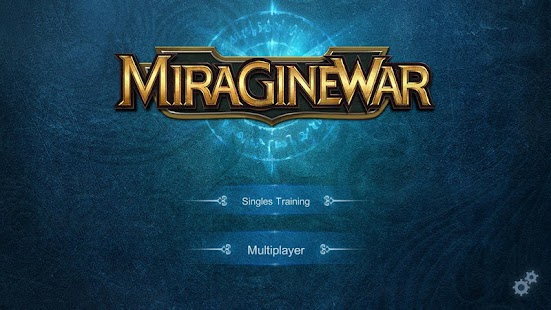 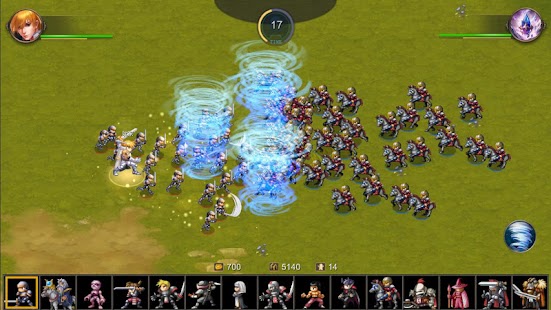 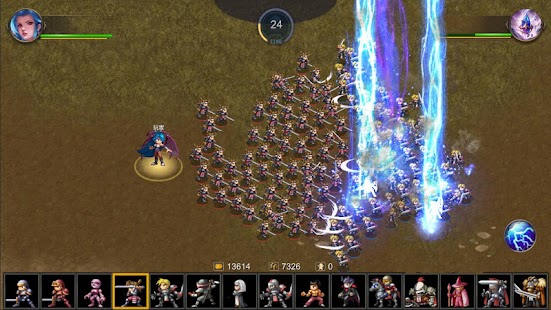 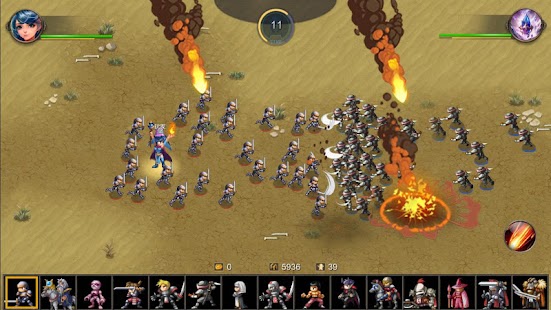 Jai Ganesh October 20, 2017
-Connection issues needs to be fixed. – Newer troops have to be balanced.-Matching is unfair at times in 1v1,2v2.-Cost of every item on the store is bit high.Mages,Archers,Vampires, Novice are to OP.-Crystal has to be strengthen crystal is too weak at the moment.

Will Perri October 24, 2017
Game is awesome but it’s becoming over run with pay to win people. If you look for crytal memberships as your main source of income you will make money for a long time. At this rate with so many ways to buy stuff it will be ruined in no time.

Norden Delossantos October 23, 2017
Pls make this game a local multiplayer so i can challenge my friends to play this via wifi.ty

Developer MIRAGINE October 24, 2017 you can use ninja.

guy who does stuff October 15, 2017
I havent even opened the game and i love kt alreDy, let me explainthere is a worse version on pc that i play and this seems to be way better gameplay,graphics and more editions so i just had to gove 5 stats

joshua ditoro October 21, 2017
Great game, absolutely love it. I’ve bought almost everything you can and it still seems like I’m playing it for the 1st time. You guys should add a “Demon” and a “Minotaur” character because I know you guys would make them great. Keep up the good work guys, I’m looking forward to any new games or updates you guys have. Thanks again.

santosh daluka October 19, 2017
I select harpy it gives out zombie I had lost my trophies 18 just because of u all very bad control I tap freeze up it happens after 4 minutes what a bad game just waste of time and space useless game

Developer MIRAGINE October 21, 2017 did you try to change a server?

Rhinocerene Plays September 16, 2017
I sared this and got no rewards and also how do i get new heroes without spending actual money on the game idk.

Caden Nedimyer September 23, 2017
It’s vary addictive and can play with your friends and you can met new people and rank up and become the winner of the wirld

Ayan Saha September 19, 2017
This game is online mode not offline.wasted mine MB.uninstall for reason;cannot play if server down or network fails.Anywhere???

Galaxy Plays October 18, 2017
It keeps crashing and won’t let me play it I played it while it worked and it was great but it’s not working anymore

Roberto Smith September 30, 2017
I loved this game when I first got this game, now when I open this game up, it will close and say it stopped working. I hope this problem can be fixed

Tim Henning September 30, 2017
I’m timtaliban and have my clan timstalibans don’t listen to that guy trump he’s gay as

Jomill Urbano October 9, 2017
Great game can i have one request pls add multiplayer via hotspot pls

Developer MIRAGINE October 19, 2017 we have lots of server, all over the world. where are you？

Nexiled Flare October 15, 2017
Good but it is ridiculous getting coins.I mean RIDICULOUS.It cost like 70x as much for just one unit.Its practically pay to get the best units. (120 crystals….wow you can’t even get any hero or unit from login,and it takes MONTHS to get enough coins for units with the abnormal time limit on chests.12 hours for about 34 coins? BS)

James LaCroix October 7, 2017
This is not only a rip off of Dragon Force, it actually uses the direct sprite graphics ripped right from the game.

Nars Lins September 30, 2017
I like these types of games simple yet fun

H2O subscriberlirious October 13, 2017
I had this game when it was first released and now i have to deel with people with way more stuff than me

Rangga Jiwana Azis October 23, 2017
Overall it’s great game, but if there is more easier way to get gold, it’ll be more AWESOME!

Roman Frank September 30, 2017
IS ANYONE ELSE NOT CONNECTING?

Jerry Louis October 18, 2017
Help me!!! Why my server always under maintenance…

Noah Rogers September 9, 2017
This game is awesome and most of the people I play with are great friendly people!

Strategically outmaneuver your enemy by picking the perfect soldiers to counterattack! Each unit has a specific set of strengths and weaknesses—select wisely to win the war.
Fight those people who stronger than you, challenge forever!
Facebook: https://www.facebook.com/miraginewar/