Baby Bunny is your pet, that responds to your touch. 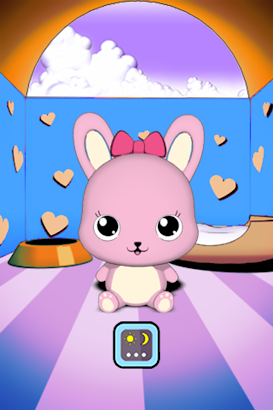 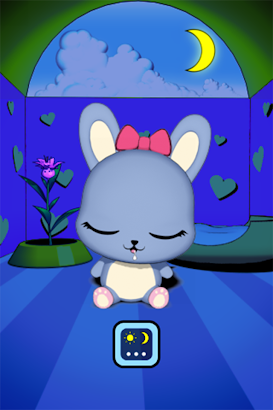 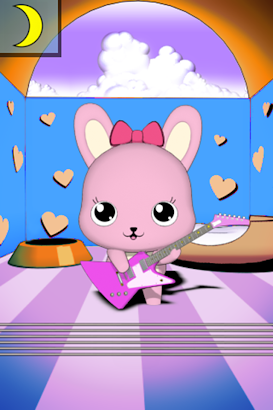 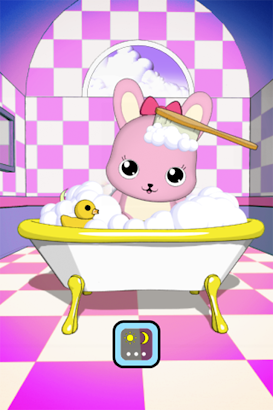 Baby Bunny is your pet, that responds to your touch.

You can play lots of games with him.

Story :
Tom the lovely Bunny going on holidays lost his best friend larry the little pony.
So help him to recover happiness and play with him and become best friends ever !

Enjoy hours of fun and laughter with Baby Bunny.

This game is suitable for all kind of genres from kids, girls and boys of all ages.

Jasmine Arevalo January 9, 2015
Omg i ?bunnies coz i have one in my house omgi just love themoh yeah um.. can you put amy lovley dog? I WILL LOVE THAT PLZ

Molly Brown May 7, 2016
I love this game .My sister has my lovely pig and she is loving it to . It would be great if you did a my lovely degu or gerbil though.

Laura February 6, 2017
Kids love this game! What happened to My Lovely Unicorn? Kids are searching for the unicorn version which used to be available for download. It may have been called Baby Unicorn Pocket same developers. Please bring it back. Cute games for little ones.

Justin Bearden March 22, 2016
Well it’s a fun game I mean it’s like once you dtsrt playing you say some body pinch me!!! That’s how fun this game I’d that’s how fun bunnies are sooooooo cute

Coyasaise Turqusaise January 12, 2016
I love ?s I am so ?? :-D.aaaaa cute aaaaaa ?s.but I wish you could go swimming or make bunny friends.

UnknownJune 5, 2016
I’m only 9 years old and I seriously find this game soooooooooooooo cute since I installed it I thought it was cute!

Stephanie Jean January 1, 2016
It needs a bug fix but other than that its fun

Lourdes Orama September 11, 2016
If this don’t get this actor is not that much to do it’s really boring and you can’t even change the wallpaper in the room you can’t really do much and I don’t really like it it’s cute but it’s not fun so don’t get it but if you want to be disappointed go ahead

Danjelle Truelove July 19, 2016
The game may be a little boring ,so make more stuff to do and you just might be getting more stars from this one!

Anju M February 20, 2015
Cute baby bunnie I think it’s so so so cute in its pink bow but it should be able to put clothes on really people like really you need to add that and I will put five stars for your game ?

Random May April 8, 2016
Not the best game in the world since not a lot of games.The games they have such.This is my opinion.

Daniellelouise Doyle October 27, 2014
Wish I could dress it up.

Elizabeth Duckworth June 22, 2016
soooooooooooo cute I love it. I wish if you could create my lovely horse

Airo Joyce Engracia October 18, 2014
I want this one… ‘Cause I love rabbits
Tags
Alexandre fredenucci