Awesome app to learn how to read sheet music on the guitar. No [email protected] 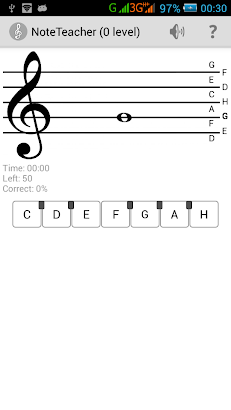 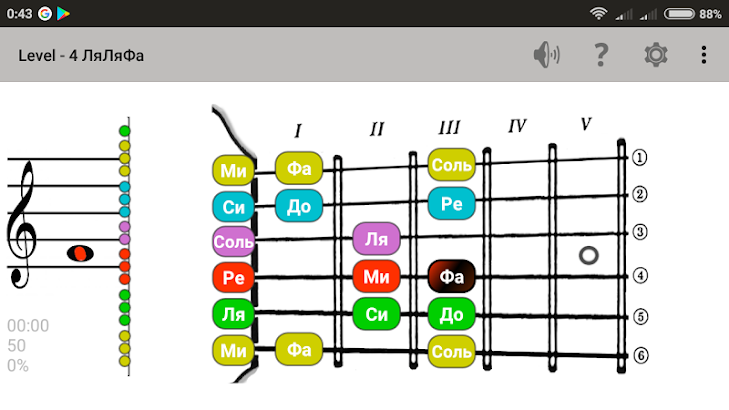 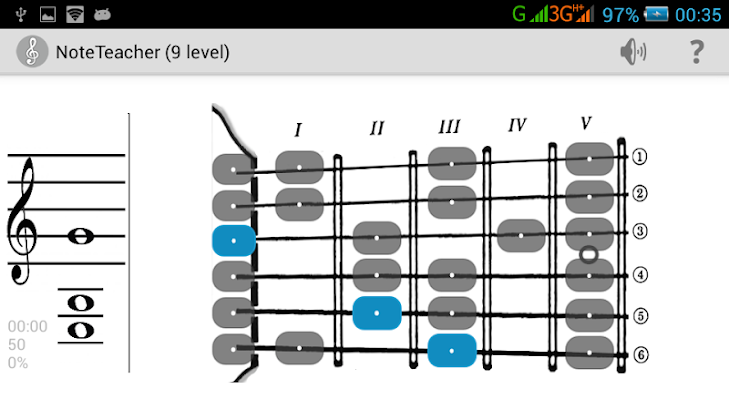 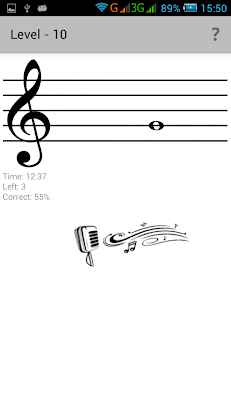 Increase your note identification speed and improve your ability to read sheet music. This is a perfect tool for people learning music. The application increases in difficulty over time so that you can truly learn to sight-read music notes effortlessly.
– Great for those just learning to read music as well as those challenging themselves to increase the speed at which they can read music notes and play the guitar
With guitar tuner (NoteTuner)

Daniel Bejarano October 23, 2017
Awesome app to learn how to read sheet music on the guitar. No [email protected]

Roger Baker September 11, 2017
Just started using it. Seems to work ok so far. More fun than flash cards. Not sure if the fingerboard stuff will transfer easily to real guitar, but when you don’t have guitar with you it gives you something to do.

Dave Wong June 20, 2017
good app for me..beenplaying guitar 10 years or so not knowing to read musical notes. now I can say I can read most of the notes . if fact I now can restart playing my musical book that been under the closet for years.

D F C T August 15, 2017
Great app to learn music sheets so far in level 10 and great that it does have guitar sound recognition so I can keep up practicing and extending my knowledgethank you guys

Naren SS August 6, 2017
Good progressive leaning system.. would be good to have some intro which says how timing works to get to the next level

Developer Leonid Arefev August 7, 2017 Always not more than 10 minutes and more than 90% correct answers to open next level

Garrett Atkinson July 17, 2017
Great for learning to read music, even does guitar tone recognition which is cool

pou Ya August 3, 2017
This is absolutely great, I didn’t expect that it will be this good and useful

Nicholle Smith May 4, 2017
I’m in love with this app except for level 10 it keeps picking up noises that aren’t there or saying the note I’m playing isn’t right when it is. But if you are looking to learn to read music this couldn’t be better. It took a few hours to go through the levels and then I pretty much have it down. If they could adjust the levels on 10 to only pick up guitar then it would be 5 star hands down.

Developer Leonid Arefev May 4, 2017 Is tuner works for you, or its broken too?

joshua reynoso March 25, 2017
Really like it but could you add a bass clef please? That would be amazing. The design is simple, effective, and easy to use.

Developer Leonid Arefev March 25, 2017 Some later. It will be separate app

Тимур Дмитриев May 1, 2017
Only level 10 could be reached for free. Over 10 level it doesn’t work without a donate.

Marcin Kałuża May 3, 2017
Awesome ? but could also use bass key practice – then it would be “usable” for piano as well

UnknownMay 6, 2017
I learned to read music with this app. It does exactly what it says it does.

Viendari Smith February 14, 2017
Quite useful but there is annoying inconvenience: there is no way to switch levels. Yes, you can press “level down” and move from level 7 to level 2, but you cannot get back to level 7. You have to solve all levels again up to level 7. Quite annoying.

Drexler Shazurima February 27, 2017
It’s Great! This was the first app to help me in learning. ? .But it would be better if i can put the level up and down please ?

Jaay Waay February 18, 2017
I really would really love a bass clef version with the same design.

Jon Ooten January 8, 2017
The note detection is nonconsistant to the point of maddening!You can play the same note 4 times in a row and it recognizes one but not another.Do levels 1-9 and stop!This can be be verified by trying to use the apps tuner, strum an open chord and watch as E becomes A, then G, and finally settles on the opposite E.Great fun.

wheel of time November 23, 2016
This is a huge help! …maybe its just my phone, but I still have to press the sound button to hear the notes even if auto sound is on. Otherwise great!

Scott Oechsle December 5, 2016
I was going to download some pdf worksheets to practice reading sheet music.Don’t bother.This app is a 1000x better.It’s rapid fire and you learn note locations fast.It then transitions to reading notes and it’s corresponding location on the guitar fret board.That’s awesome.Thanks for this great app.

Rob Magnan November 14, 2016
Everything I need to learn basic notes on the staff. Not sure how I will equate this to the guitar fret board but this is exactly what I need for on the go staff reading.

Hai Hoang November 2, 2016
From easy to gradually and scientifically harder, very effective to memorize notes as well as mapping to guitar fred. Love it and big thanks to developers of this app!

Scott Evans November 8, 2016
The developer seems to have an attitude with anyone who makes constructive criticism so I won’t bother.shame really as this app has the potential to be brilliant.

Developer Leonid Arefev November 8, 2016 Its FREE. So i have no much time to update it

Dima Illin November 28, 2016
It would be great if you add possibility to lower level. I reached level 8, but feel that I need to do some levels lower to repeat.

Fernando Rivera December 31, 2016
Very nice app. You can practice anywhere at your own pace.

Darrell Binkley December 14, 2016
It will teach to sight read. At level three and still learning.Great!!!!