I really like it but I wish there was more information on how to do things… In your village when you go to attack I kill everyone and destroy their village but then what? What do I get out of it? Are there levels and if so how do I level up? Are there going to be people coming to attack my village? Little confusing and can’t find anything online either… 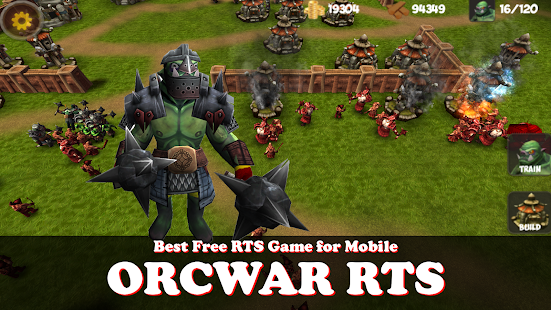 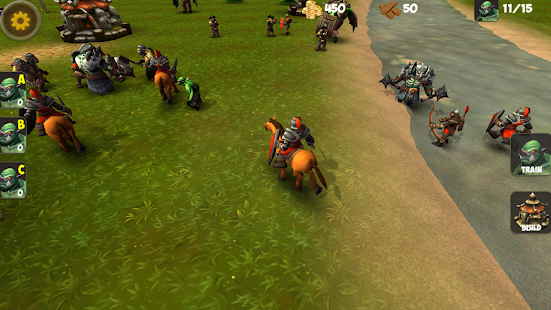 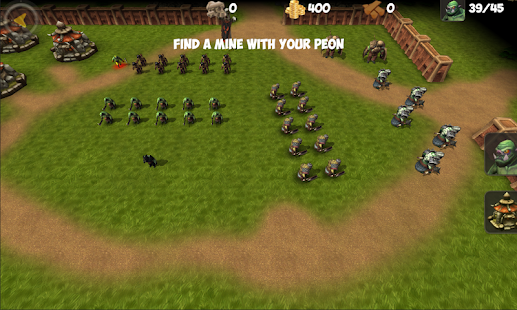 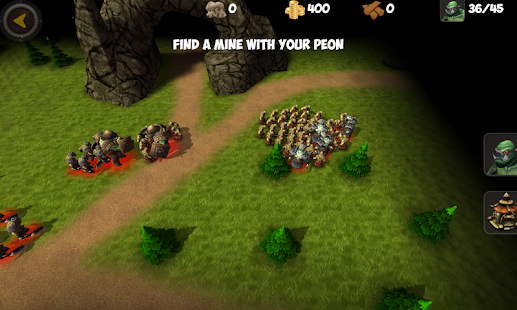 Shayla MacKay July 7, 2017
I really like it but I wish there was more information on how to do things… In your village when you go to attack I kill everyone and destroy their village but then what? What do I get out of it? Are there levels and if so how do I level up? Are there going to be people coming to attack my village? Little confusing and can’t find anything online either…

Thomas Bielke May 30, 2017
Great game. Really enjoying it so far. I’m not too far in so I’m not sure if it is an option already but I would like to see an option for other races. Instead of just orcs. Maybe add human and elf dwarf undead to play their campaigns as well instead of just orcs.

Yahiko Pain August 4, 2017
The game is ok but I got some problem some units won’t run to battle they just standing after a minute they started to move in deferent direction (sorry for my English )

Dalton Swider October 9, 2017
Adds pops up to much during game play. Fix that and will give 5 stars.

Bruno Gnoato August 2, 2017
Difficuly to play the controlls, will be good if there a chance to move the flag

Naaman Gardner July 15, 2017
A bit of lag but its OK needs a few more options

Ali Raf July 31, 2017
It tries to be like world of war craft the old strategy version, and it can be, but it’s not

Warcraft Rebel October 7, 2017
The game is great but how do u unlock the coming soon stuff or is game not done?

TheDoopster September 16, 2017
When are the newer updates coming? Or is the game team gone?

shawn north September 29, 2017
Its actually like Warcraft AMAZING thank you

Kevin Boss May 18, 2017
Gameplay isnt bad, but one issue lately is the advertisement covers your amount of gold stored and blocks the confirm button for building. I would really like to see this game develope but this will cause me not to play due to the extreme annoyances for every building I want to place and having to guess what amount of gold in my coffers.

Developer ZugSoft May 18, 2017 Hello, I am so sorry, it was a mistake.
I solved the problem, can you update it and confirm me please ?

alinader alibaser May 12, 2017
This game is awesome!!..I’mLooking for the next update I hope you put new types of building and put an upgrade for structures thanks

Raiders Majr4 May 1, 2017
This game is awesome!!! The graphics, out standing! I like the fact that the picture you guys show is exactly what I’m getting when I play even with the glitches​ this is 5stars I hope to see more up dates for this game.Bravo?on such a great game

Smith Lee April 28, 2017
Why the resources are placed so far from my base? And it’s hard to play. Where is the changelog?

Sean Milan March 21, 2017
I love the game. Reminds me of Warcraft. Just a couple things I would change. The guys could move better and the computer could change up strategies to make it more fun. Also see the individual ORCS health of each player but really for such low space this is a great game. Really brings back memories.

Isaiah kimmel March 15, 2017
Love the game however it could use an update. After you move around the game will freeze up for about thirty seconds. Other than that they should have attack on the village mode. Multi-player would be cool as well so please fix the bugs and please keep on adding to the game

Almac x January 25, 2017
I usually hate all phone games but this one is pretty great. I’d like to see online pvp and a function to quickly go to your unit groups. Other than that this game is amazing. Also a unit rally option from production building and possibly unit upgrades??

Tom Almond January 23, 2017
Im glad to see the game has developed some and is still going. Looking forward to future updates. My rating is the best reflection of my position. Orc rts!! ? Please add more zoom out and or mini map!?

david cahyapratama January 21, 2017
Single campaign is good..but the “my village” what are we supposed to do there? i just build endlessly

Nayo Lupe February 10, 2017
I thought it was good but I taped and the orc did nothing worst game ever suck a dick u swallow.to wasting my time.Dont recormed this ?.1 star

Developer ZugSoft February 10, 2017 Did you double click on the screen after have selected the Orc?
More than 200’000 players already finished the game, so I think you did somethng wrong.

John exodus March 1, 2017
Loved the game but the village should be a online PvP and should add more humans and you can give the option to change difficulty

wesley bristow February 13, 2017
Not bad for a real rts on a phone! Keep up the good work!

God Emperor Xethan February 5, 2017
Too many ads, didn’t like the soundtrack. Too clunky to play.

Orcwar RTS is the best strategy game for Mobile
12 Missions in SinglePlayer for this rts.
Create your army with 9 types of characters:
– Peon allows to collect the Gold or to cut some wood
– Warrior will protect you from attacks opponents in the hand-to-hand fights.
– Archer send arrows on your opponents
– Brut will resist more than your Warrior and will impose more powerful knocks
– Gort use 2 weapons to attack and fastest
– Tank cashes the knocks as the person
– Spy allows to explore quickly
– Mage sends spells on your opponents
– Kaz is the most crazy, he blows up on your opponents, a real Kamikaze
Create your buildings to improve your village:
– Hute allows to shelter your units, every Hute can contain 15 units
– Tower is a tower which will protect your village of the enemy attacks.
– SawMill will allow you to unlock Archers and Tank.
– Cauldron will bring to the unlock magician
– Forge to create strong Orcs
Clash of Orc RTS