Take your brain to its limits with this challenging ball-packing puzzle!

Its just so different and outside the box… Truly enjoying every aspect of thisgame…. 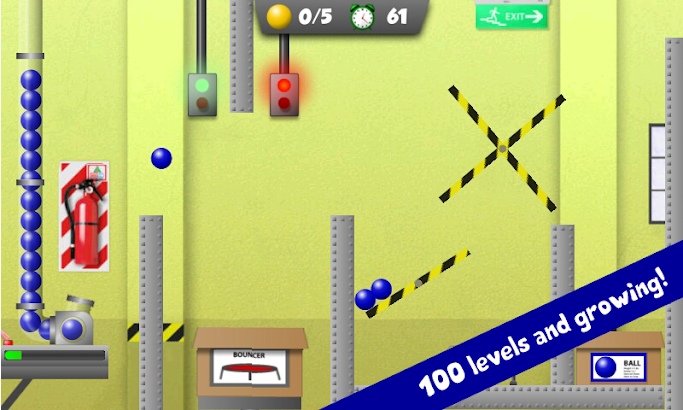 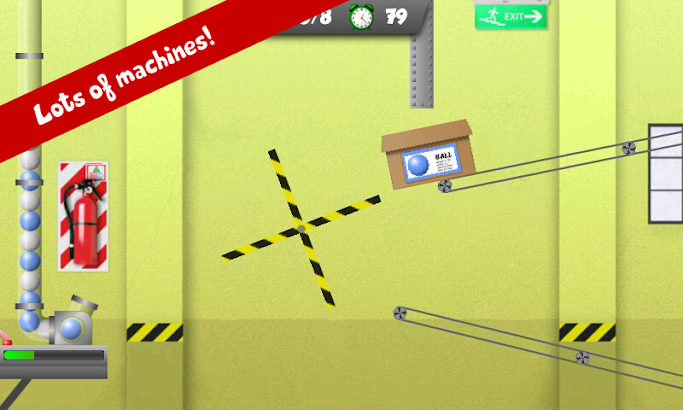 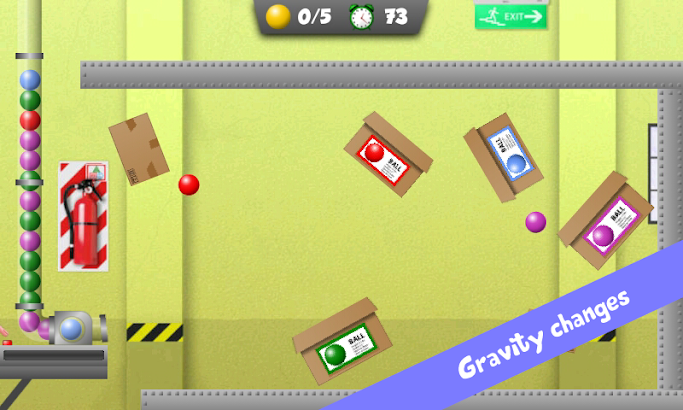 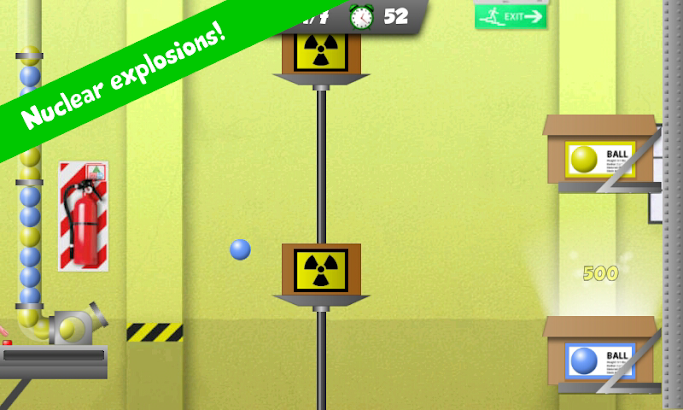 Take aim at the boxes and shoot! You will be packing balls in color boxes across 100 challenging levels and become a professional packer!

Aim for the boxes and shoot the balls through elevators, walls, revolving doors, conveyor belts and much more! Use machines wisely to open your way to the right boxes and pack them all!

Pack all the balls fast before you run out of time, but beware… don’t miss too much or you will run out of balls too!

Pack the Ball is much more than just an aiming and shooting game. This game requires some logic and it may take a lot of thinking to make it through very brain-challenging levels! (Don’t worry! There are three difficulty levels anyway!)

Be a good packer and try to get three golden stars at each level. Compete with your Facebook friends and see who is the best packer!

Enjoy hours and hours with this addcitive free shooting game! More levels and machines coming on each update!

HOW TO PLAY
● Hold down your finger in the bottom left corner of the screen and move it to aim.
● Move your finger farther from the cannon to shoot faster.
● Release your finger to shoot.
● Pack those colored balls in the boxes with the same color!

nicole sterner June 19, 2017
Its just so different and outside the box… Truly enjoying every aspect of thisgame….

Ethan Kirste June 5, 2017
Yes I just got back to you doing today I know that I just got tossed the after you be home in a

Sue W April 30, 2017
The controls are bad, not a lot of fun, NOT addicted, uninstalling

Keston Decker October 8, 2016
My new favourite gane absolutelu brilliant but however i dont like the way u have to pay for extra levels like when i got onto level 84 on easy it said i have to pay whats is the point of that however the overall concept is great

Fresa23 Noneya October 19, 2016
It’s a cool game but there’s a lot of stages where the balls won’t go as far as they’re supposed to.so I’m deleting for the 2nd time .

Developer Moula October 19, 2016 Hi Fresa!! All levels are tested and can be solved. Try aiming higher to get the balls travel further or using other objects and machines in the level to reach the right boxes. Have fun!!

Ava Medlar April 22, 2016
This game is cool because I love the way you have to try and get it in to the box.

King Israel October 1, 2016
I clicked on level 1 and it would not load so do not get this game

Hendrik Joubert November 24, 2016
Its good but I would’ve given 5 but theres a glitch where the box fly off for know reason!

Nicola Falconer September 18, 2016
Box glitch a move i hate it

Jeri Johnson January 13, 2017
I wish there was more of this game it ROCKS

Developer Moula March 31, 2017 Hi Aiden! To turn off the fan, you need to throw a ball to the switch. If you hit the switch, the fan will turn off. Thanks!!

UnknownNovember 25, 2016
Last star if the whole game was free of cost.

JAYNE LEE November 9, 2014
BRILLIANT,PLEASE GET ME MORE GAMES LIKE THIS ONE AND QUICK.

Lolla Larson October 11, 2015
sucks I couldn’t even play the game it wasn’t working

Developer Moula March 29, 2016 Hi Lolla! we have updated the game fixing that issue so now it should work properly in every device! Thanks!