Explore PEZ World to play and interact with PEZ characters like never before!

Awesome free game. Found the codes in pez refills, downloaded the app and put it on three different gadgets without any scanning issues on the 2 codes we have. Very addictive gameplay.Such simple games but best ‘free kids’ game I’ve ever downloaded hands down, despite it crashing a few times though. 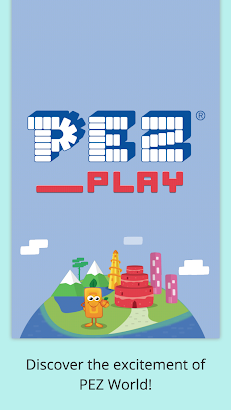 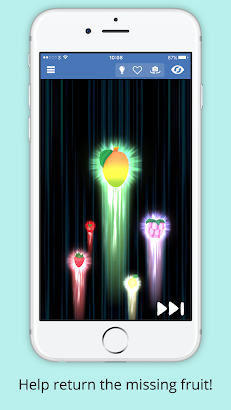 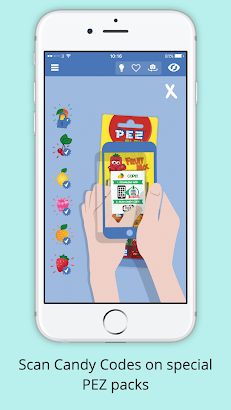 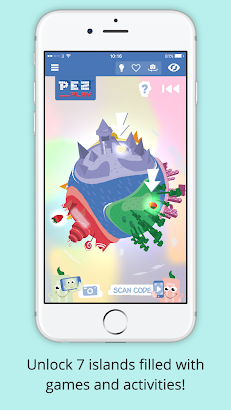 – Help out the PEZ candies by returning the missing fruit to PEZ World.
The fruits have vanished and come to Earth! Find them to restore the balance to PEZ World!

– Play fun mini-games with the PEZ characters.
There are lots of games & activities to be enjoyed in PEZ World. From timing and skill based challenges to puzzle games and more!

– Candy Codes increase the fun.
Unlock a variety of additional games and characters by scanning Candy Codes found on special PEZ Play candy blisterpacks! There are six different islands on PEZ world to be discovered!

This application may include:
– Direct links to social networking websites are intended for an audience over the age of 13.
-This application may require internet connectivity and subsequent data transfer charges may apply. After the initial download, additional content will be downloaded and this may include data charges.

Alex Sammut August 22, 2017
Awesome free game. Found the codes in pez refills, downloaded the app and put it on three different gadgets without any scanning issues on the 2 codes we have. Very addictive gameplay.Such simple games but best ‘free kids’ game I’ve ever downloaded hands down, despite it crashing a few times though.

UnknownOctober 14, 2017
God damn it I was so excited about this frickin game because I love Pez and I frickin deleted my fave stuff to get it it keeps crashing GET IT FIXED or I’m telling everyone I know to hate on this and rate it 1star for everything. :((( terrible I was so happy then it got ruined by this dumb app. *sigh* OK I feel a bit better now……

UnknownJune 2, 2017
I don’t know why everyone was saying that the codes won’t work and this is a useless game but I loved this game and my codes worked ?

Wang-Shi Hu May 13, 2017
Very buggy game. Scanning instructions unclear. Took a while to understand that the code was the small image… Make code bigger!

Clarissa Bierman April 25, 2017
Code is unscannable so cant get any plz fix it

Lisa and Lana toys channel smith July 8, 2017
Got my daughter a pez today and got a code got the game but phone won’t focus for code thanks unset child with autism

Naima Bashir August 20, 2017
Its a good game but after a mini-games it says that it stopped working and it takes forever to get new island

Sally Katie October 9, 2017
Ok listen here buggy i never get to play on rainbow mango n it keeps on going out so please fix it or i will go nutso on you compesh!!!?????

GoldenGamers more activities June 5, 2017
Great my camera works just fine and the game is coolI use it when im bored

UnknownApril 30, 2017
Like others camera will not focus on the code disappointed grandchildren well done PEZ?

Fredrik Bellman April 1, 2017
Codes unscannable due to the app not focusing the camera.

Amy Beare August 27, 2017
So good for kids who love sweets it’s a great game my kids love it as well

Ilsa Akram August 11, 2017
I agree with you because mine worked aswell and I love it..

Gábor Z.H. January 2, 2017
CANNOT scan code, camera is blocked to focus far away, i cannot scan the code, and also i cannot change camera settings to use macro or similar,please fix this

MONTEIRO ARCEUS December 3, 2016
This game is magical and intresting.???

Zombie Skullboy February 9, 2017
This is terrible I can’t get codes

Cupcake Nexus April 18, 2017
Terrible! I opened the game a few times and all it did was turn the screen white and run the game off?

UnknownSeptember 19, 2017
Great but bad it doesn’t work only sometimes

UnknownJuly 10, 2017
I’m installing the app now I hope the codes in my packet and the game works for me!

teegan mcarthur July 21, 2017
It is a really good game I loved it my code worked

Erchie Fadrigo October 7, 2017
It is so exitting

cheyenne brewster June 6, 2017
I love pez candy it is one of my favourite candies!!!