Turn-based historical strategy-sim will show you history of Predynastic Egypt.

Way too many adds. A turn based strategy that forces you to watch 30 sec video after every turn. Absurd. 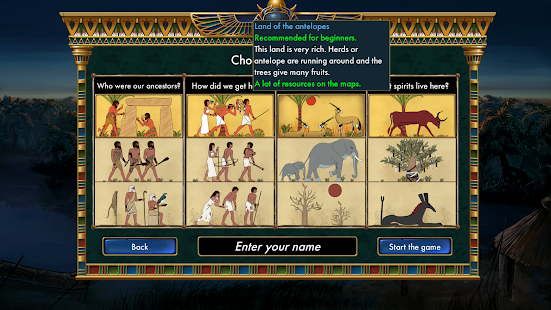 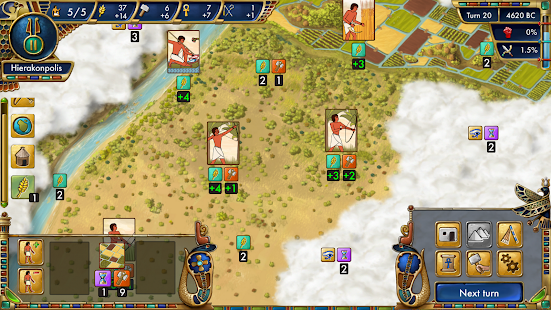 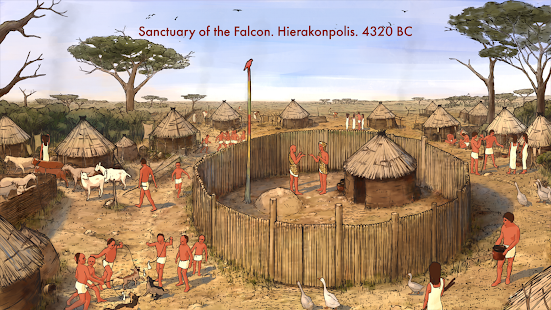 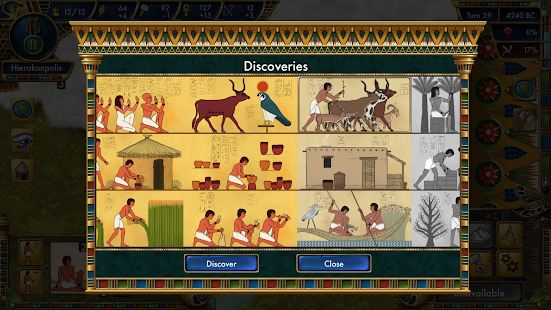 Nick B July 15, 2017
Way too many adds. A turn based strategy that forces you to watch 30 sec video after every turn. Absurd.

frayland camacho August 30, 2017
FANTASTIC game…. Keep up the good work! …..And for those that are complaining just put your phone on AIRPLANE MODE!!!!

Alessandro Michael Setti July 26, 2017
A 30 seconds video ad at EVERY TURN. In a turn-based game.The game seems nice, but the interruptions do not let the user appreciate it.

Ray Mulford July 17, 2017
Annoying 30 second ads every few minutes makes it impossible to decide if the game is worth buying

Oleg Gorbunov August 1, 2017
Turn off internet and play without ads

William Kitchen October 25, 2017
If you love history you should play this game

Preston Smith October 18, 2017
This was impressive and fun

Nick Harbert-Ierfino July 1, 2017
Fun and strategic worker placement gameplay. Great sound and good visuals, the theme of the game really shines through!Not infinitely replayable due to no randomised map or enemies. However; the depth of your decisions do change up the game each time you play. Over all, quite fun.

Robert Foley July 11, 2017
When playing it just stops and go’s back to home screen. Lose all progress.

Sean Garagan October 15, 2017
Great game, takes me back to the days when Civ was still good

Fixed a bug with food resourse disappear at 130 turn at some situations.

Turn-based historical simulation strategy will lead you through the history of Predynastic Egypt. Starting from 5000 B.C. you will guide the nomadic and humble Egyptian tribe through all the hardships to prosperity and power culminating in the Unification of Lower and Upper Egypt.
Get ready to witness evolutionary breakthroughs that enabled early Egyptians to march into faraway lands, fight catastrophes, hardships and ultimately establish first Egyptian state. Will you be able to re-enact the events that unfolded historically or will you doom your fledgling chiefdom into forgotten annals of history? Get an intimate knowledge about events that took place before the Classic Egypt eras through this unique game.
– Simulation of the ancient world
Wars, drought, enemy invasions, epidemics, internal turmoil, migration of the tribes, religious ceremonies, exploration of distant lands, celebrations and more than 100+ other events and trials await you in the game!
– Technological evolution of mankind
48 historically accurate technologies and cultural achievements of Predynastic Egypt with interesting descriptions, will show the technological evolution of mankind on the example of the Egyptian civilization.
– Mysteries of Egyptian religion and culture
You will see the birth of the unique religion of the Nile civilization, starting with beliefs in spirits and ending with the gods of Predynastic Egypt and you will learn the secrets known only to archeologists and Egyptologists!
– Reconstructed map of Ancient Egypt
Accurate reconstruction of the geographic map of ancient Egypt 5000-3000 BC, taking into account the climatic changes of that period when the Sahara was a Savannah and not a desert and Wadies were rivers and not roads.
– Reconstructed city of Hierakonpolis
Accurate archaeological reconstruction of the Hierakonpolis – the former center of Predynastic Egypt. You will build the real houses, temples and tombs, that were excavated by archeologists in XX-XXI century.
The fate of the whole nation is in your hands. Make important decisions in real historical situations, wars, disasters. True story will immerse you into the mysterious atmosphere of the ancient world, you will see through the eyes of the ancient Egyptians.