its not working i keep downloading this app and unistalling it and downloading it again but everytime i open it,it keep saying that” unfortunately, this app has stopped” it needs to be worked on 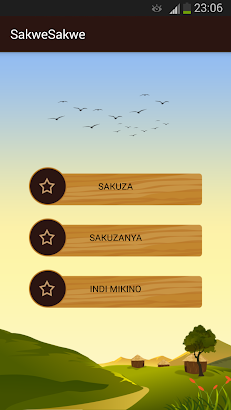 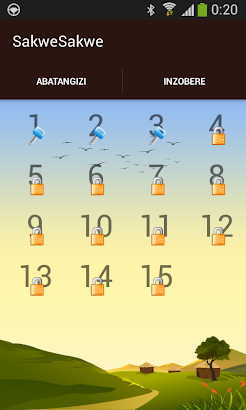 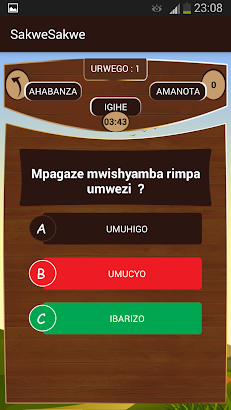 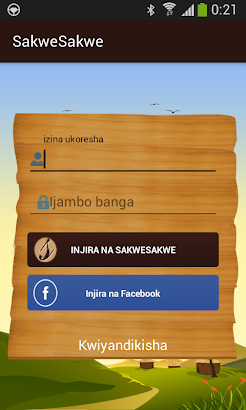 Sakwe Sakwe App is a culture based tool to emphasis our language (Kinyarwanda) throughout our ancestor’s culture of conversation. It act as a trick game between two or more people where they ask poetic question and you have to answer according to your best understanding .

Sakwe Sakwe App is a solution that uses KINYARWANDA riddles and riddling as a tool to encourage KINYARWANDA language learning within young generations in Rwanda though mobile phones. The riddles (IBISAKUZO) are puzzles presented in a form of precedent statements, queries or propositions eliciting responses solutions or sequent. Traditionally riddling in KINYARWANDA is very important aspect of children plays. The use of metaphors and structural parallelism in puzzles presents enormous opportunities for Sakwe Sakwe App to be viewed as an instructional medium for elegant speech, observation of nature and human behavior. As culture is central to the aspect of what it means to be human, language is a vehicle through which culture is transmitted. We need to speak and think in a language of our culture. However for developing countries such as Rwanda, the language that is associated with development is English and French. Hence, it is important for children to master foreign languages in order to succeed. However, if mastering these foreign languages come at a cost of using less home usage of the language then that is a serious compromise. Therefore, Sakwe Sakwe leverage the power and wide adoption of mobile phone in young generation to narrow this gap.

UnknownAugust 28, 2016
i keep downloading this app and unistalling it and downloading it again but everytime i open it,it keep saying that” unfortunately, this app has stopped” it needs to be worked on

Developer Tech Avenue 137 September 25, 2016 What device are you using? Smart phone or tablet?
If you could please send the report when it says “unfortunately this app has stopped”
Thank you for the notice

Jean Niyotwagira March 14, 2016
Guys, this is amazing. Combining fun and culture all in a gamified environment. Keeip up your good work.

VUGA TV April 3, 2016
Umuco wacu nyarwanda, Thank you so much for giving us our culture kbs, this gives us power as the youth murakoze

Robert Mugisha March 14, 2016
Shout out to you guys, this is really amazing… do keep up the great work! Cheers broz

Geoffrey Kamali March 29, 2016
Interesting game. Tried it and earned one point ? I recommend it. Thank you guys!

pretty preba March 16, 2016
This is a great app literally. It’s a must have for Rwandan youth

Elody Queen March 14, 2016
Reminding us of the old days and our culture

Arnold Kamanzi October 12, 2016
Great seeing the culture rising in the edge of technology

Ishimwe Yvette March 15, 2016
Of could be great if this app was also possible to access it via a computer not on androids only