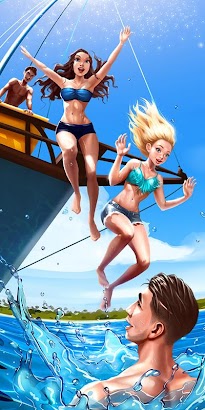 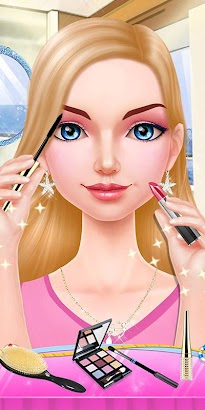 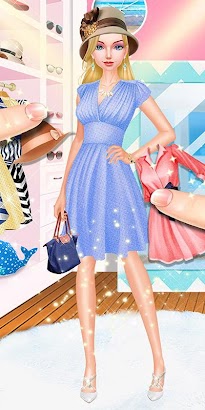 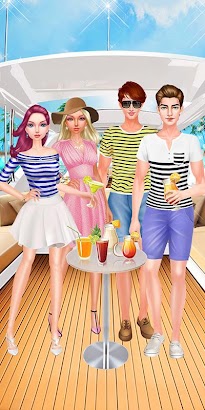 The sun is shining on this hot summer day and your boyfriend has the perfect idea: let’s go for a boat trip! Boys don’t understand that you just can’t hop on the boat and go; you’ve got to look good first and that takes lots of work! In Summer Boat Trip: Beauty Salon, visit the spa and get a fresh summer look so your boyfriend can’t keep his eyes off of you. Use the spa tools to clear up your skin and get fresh and clean before your makeover. When you’re squeaky clean, get ready for your makeover. Choose from beautiful makeups and cute summer styles that will impress boys and girls! Don’t forget about your boyfriend! As a boy, he needs lots of fashion help. Give him a handsome makeover so you’ll be the cutest couple sailing the sea!

How to Play:
~ Use interactive controls to play the game.
~ Visit the spa to clean up before the makeover.
~ Choose from cute makeup and clothes for fun summer styles.
~ Makeover your boyfriend!

UnknownJanuary 25, 2017
Every time when I want to start it it stops……… Plzzz see to it and improve this.

Ashleigh Bourne July 30, 2016
I wanted to have boys in it so they could be boyfriend and girlfriend

Iydarh Osei August 23, 2016
Could do better.its just like the other games I’ve played

Alicia Marquardt June 9, 2016
I love it so much because I love doing makeup

Darbie Gennaro May 10, 2016
It freezes every secondit sucks!?

Ashley Jules February 27, 2016
Every time I grab the shower head it freezes and its not my phone.it needs to be fixed pronto.

Mohammad Mohammad January 31, 2016
Its very nice game I love it very much

Malayia Morrow February 27, 2016
have more boys and cuter ones

Sulthan Bee September 14, 2015
There is no lock for the other items that’s the best part of the game.

. fun reviews July 15, 2015
I thougt this game was good ….But it would be better if you could actually drag the things to the girls like the pictures looked….?

Fabiya Zehra June 22, 2015
This is so lovely nice and best game the girl is so sweet and soooooooo lovelyyy I liked it in this game and I loved game are so sweet and lovely

Adnaan shaikh September 27, 2015
It is goodandnice

Yatharth Aggarwal May 31, 2016
WHO ARE SAYING THAT IT IS NOT NICE I DON’T THINK THEY ARE RIGHT BECAUSE IT IS VERY NICE

smriti garg July 7, 2016
The makeupdoesn’twork and the dress up is very useless…