Make up and dress up your own Super Star step by step. 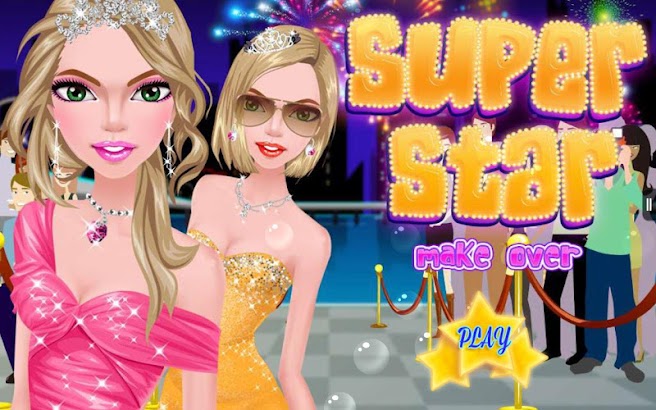 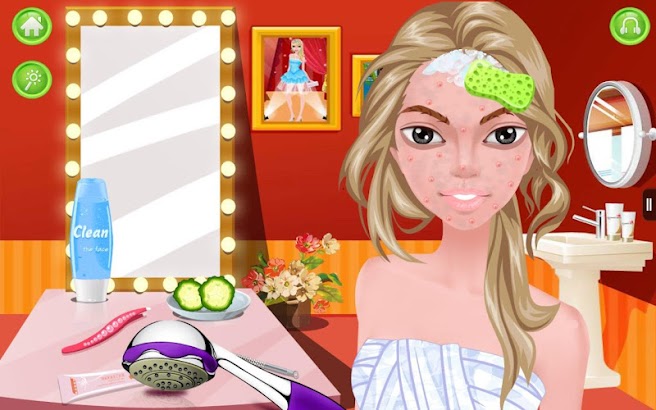 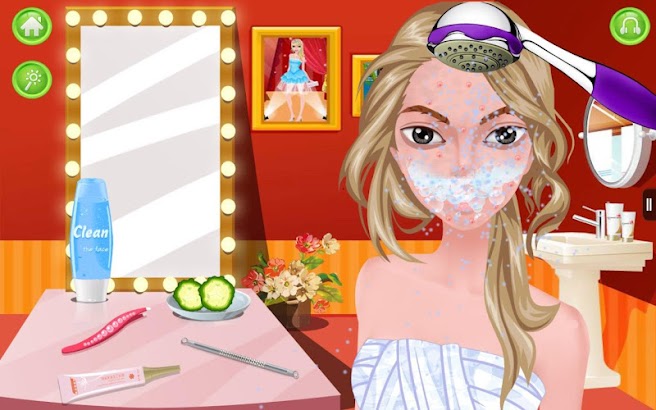 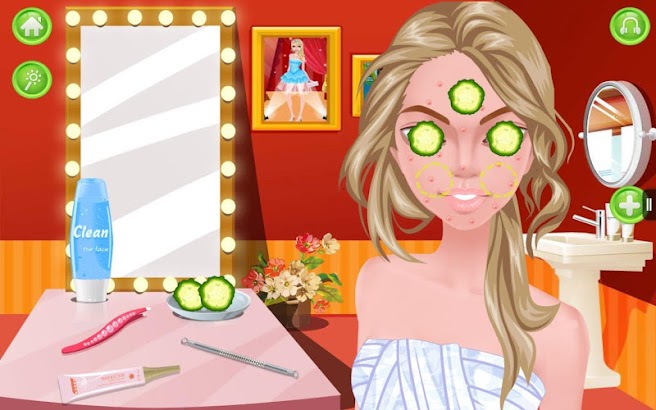 Have you ever wanted to be a make up artist? Superstar Makeover is coming! Well now your can make up your superstar step by step.

features:
• Totally free
• Make the spa step by step
• Tons of different lipsticks, eyes, eye-shadow, hair color and much more
• Huge variety of party items, including earrings, necklaces and head gears
• Makeup and Dress up her in the gown of your dreams
• Save your makeovers to your phone for future references

leonard Murphy February 26, 2016
Those dump adds keep popping up and then I have to leave the game and start all over so when I got the first time and it did that I just rated disliked it

Jovelle Salvador Kim January 30, 2016
You can’t even play the game cause there always advertisement and you can’t get rid of it ! Even you press the “x” i hate it, just wasting time.. . .

UnknownNovember 23, 2016
The ads keep popping up it is so annoying don’t get this stupid game

sinan saeed April 7, 2015
Love this game ! Its almost the best game I have ever played! I really like the dresses and accessories . Plus the makeup is BEAUTIFUL!!But im having an issue wheneveri click save it says that my picture is saved to the gallery ina folder calledmakeupsalon but then i check the gallery and there is no folder called makeupsalon and no pictures are saved. If you fix the problem I will rate 5 stars

Taylor Campbell August 28, 2015
This is my first and only makeover app and i have to say i find the waist and breast size sexest there should be different body types!! I cannot support somthing that promotes tiny waists there for i unninstall

Sam Scavone June 26, 2015
I was playing it and a big white screen poped up and would not go away I dont know if thats supposed to happen or not.

Peyton Venkadu August 1, 2015
Too many ads the ads are tooo annoying it keeps on coming

Ellie Burton July 15, 2015
Well I love the game but Its when you make a mistake on the glasses you can’t take the it off but its a shame ?

Rutendo Madyegasva April 23, 2015
Too much adds when im now Putting makeup on the superstar an ad pops up whats with that pliz fix or i will rate a 0 if could

Swiftie Forever And Always June 5, 2015
Its OK but kind of boring ?

Aimee M April 15, 2015
Another superficial game that makes girls hate the way they look…Like we needed another one…I wouldn’t mind the game if the models had realistic body types.

A Google User March 13, 2015
I like the app but when they sharing another app when im going to exit the app it backs to starPLS FIX

Alyssa Townsend January 27, 2015
This game has plenty of stuff for fun for ten year olds like meso the variety of what is on this game contains lots of fun and prosperity to keep them occupied

Angel Torres December 10, 2014
Every time I play when I go to the second step, it sends me back to the home page. Plz fix this

Trinady Shields December 31, 2014
It’s cool and all but I wish u could choose the hair and dress out

camiyah richardson December 27, 2014
you can only use one girl this app need a update a real one not just add one girl i mean 10 more girls

Sarah Uwakwe October 1, 2014
It is so awesome the only problem is that every time i finsh it a shhows that i didn’t dress her up please fix fix fix it ppppppllllllllllleeeeeeeeeeaaaaaaassssssseeeeeee thank you.

Ashley Miranda October 16, 2014
This game is so awesome
Tags
Games4Fun