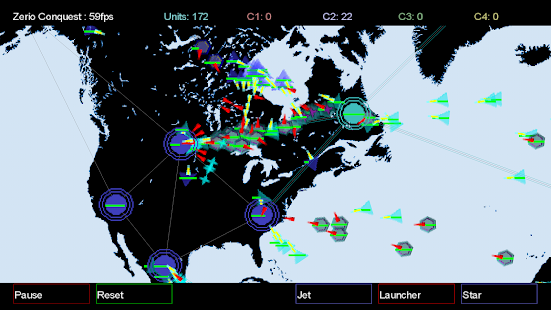 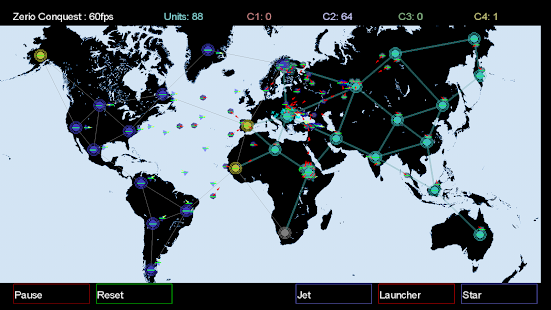 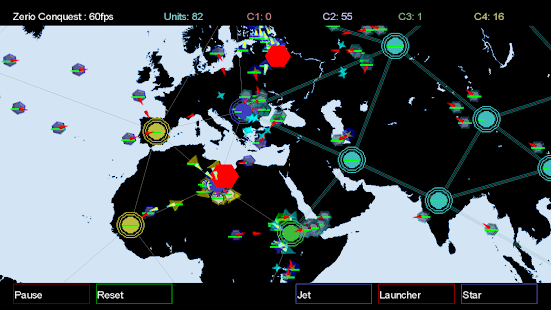 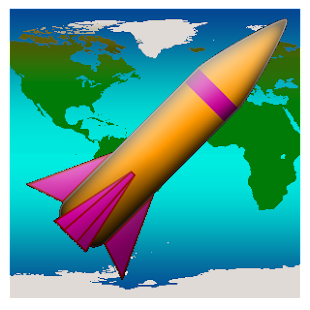 A Google User December 7, 2015
I can’t play it + all my apps are gone so I can’t download something

Developer Matt Collins December 12, 2015 It is certainly not a virus. You have some other issue with your device.

Bagel Bum December 4, 2015
I know it will become even better with each update and new game.

Made the unit type characteristics a little more fair.

1. Use your fingers to pan and zoom.
2. You are the teal colored player.
3. To attack, select one of your cities and then select a target. You may only capture a city if at least one of your cities is connected to it.
4. Launchers are stronger than Jets but take twice as long to build.
5. Stars are stronger than Launchers but take four times as long to build.
6. Gray colored cities are not controlled by any player but may be attacked.
You win by capturing all the cities. You lose if all of your cities are captured.

Due to the unique computer AI, each game is different!

Special thanks to my son Baylor for ideas on the game, music suggestions, and for providing the opening images.