Emoji are usually used to express our feelings in chat or on social media. There are laughing emoji, sad emoji, crying, thinking, building emoji, food and many more. Each company has a different emoji display, such as Apple, Facebook, Twitter, Whatsapp and so on. The best emoji are still held by Apple / iPhone. So many people who have an Android phone want to change their emoji display to an iPhone emoji. It is very easy to change Android emoji to iPhone, because in the Play Store there is an app that we can use to change Android emoji to iPhone without root. The app supports all Androids including Oppo and Realme phones. So in this article, I will share how to change the appearance of Android emoji to iPhone on Oppo and Realme phones.

How to Change Android Emoji to Iphone IOS 14.5 Exclusively for Oppo and Realme

For those of you who intend to follow how to change Android emoji to iPhone ios 14.5 exclusively for Oppo and Realme then you can see the guide below.

1. The first step, please download and install the ZFont 3 app from the Play Store. 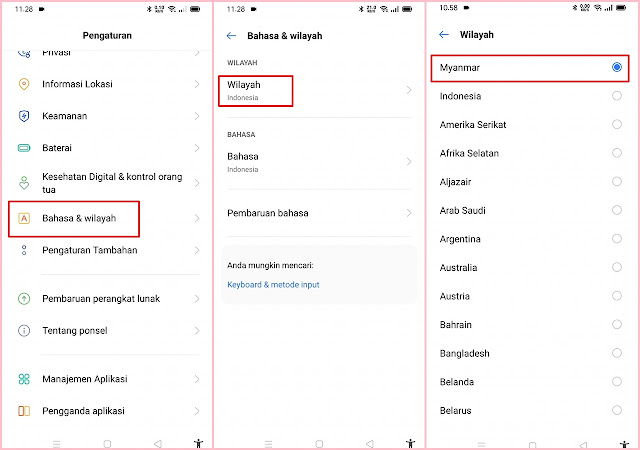 11. Activate it in the Support Dai Character section.

So that’s how to change Android emoji to Iphone IOS 14.5 for Oppo and Realme, hopefully it’s useful.

Also check out the previous article about how to change Android emoji to ios 14 emoji for Oppo and Realme and various other interesting articles. If you have other steps, then you can write them in the comments column below.