On every smartphone, be it Android or iPhone, there must be a clock and alarm setting. Usually this clock and alarm menu is used to set alarms, turn on stopwatches and timers. We can set an alarm to turn on the clock that we have set on our smartphone.

The display for the clock and alarm menu on Android phones and iPhones is different. Since the iPhone is a phone that many people want, many also want to change the appearance of their Android smartphone to be like an iPhone.

If users are curious about how to change the clock display and alarm of an Android phone to an iPhone then you can see the tutorial as follows.

Step 1. Please open the Play Store and look for the iClock iOS app as below.

Step 2. Download and install the iClock iOS app – Clock iPhone Xs, Phone 12. Open the app and it looks like the following. 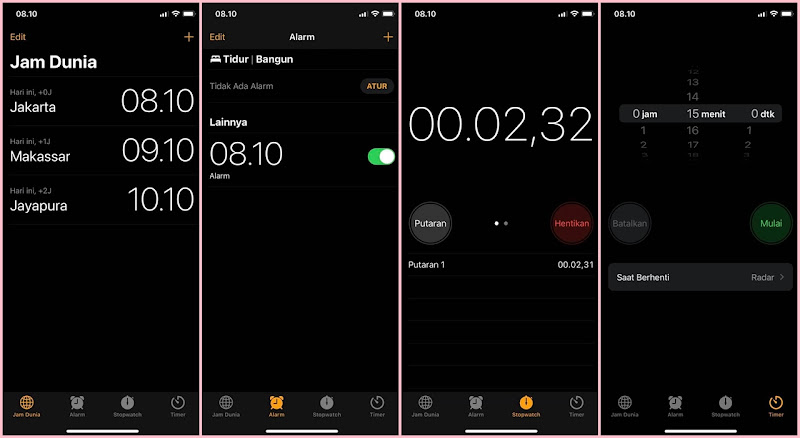 Step 3. There are several menus such as world clock, alarm, stopwatch and timer which are very similar to the display on the iPhone.

So that’s how to change the clock display and alarm on an Android phone to an iPhone, 100% similar. Good luck.

Read again some interesting information from other APKShort such as how to install TikTok songs as Android phone alarms in the previous article. If you still have questions, leave a comment in the box that we provide. Also, share this article with your friends.